LOS ANGELES (KNX) — The Internal Revenue Service is facing a massive backlog, with more than 11 million unprocessed tax returns left over from last year. The government department blames the backlog on the Coronavirus pandemic — so what does that mean for this year’s tax filings?

Will McBride, the vice president of federal tax and economic policy at the Tax Foundation, joined KNX In Depth to answer that question.

“It’s a pattern that’s gotten worse and worse, and this last year has been truly exceptional,” McBride said.

“The number of policies that were introduced last year, that are very novel and difficult for the IRS to administer, are unprecedented. We haven’t seen this kind of extra complexity and administrative burden laid on the IRS really ever.”

McBride said he expects things to get worse in terms of delays, confusion of taxpayers and the administrative chaos at the IRS. So what’s a taxpayer to do?

“It’s certainly a good idea to try to be first in line. The suggestion by the national taxpayer advocate…is that people avoid paper tax returns…that causes a lot of problems at the IRS because of course they’re having to deal with those manually,” McBride said.

“Those appear to be the majority of the returns that are in the backlog."

If you're still waiting on your tax return, here’s the silver lining. The IRS is legally obligated to pay interest on delayed refund.

But, by law, the interest payments are taxable and must be reported by taxpayers who receive them, according to a release shared by the IRS in 2020, when it announced that 13.9 million Americans would be receiving interest payments for late refunds.

Those refunds, however, were considered “COVID-19 related” and were outside of the “long-standing 45-day rule” requiring the IRS to add interest to late refunds issued to taxpayers who submitted their filings on time. 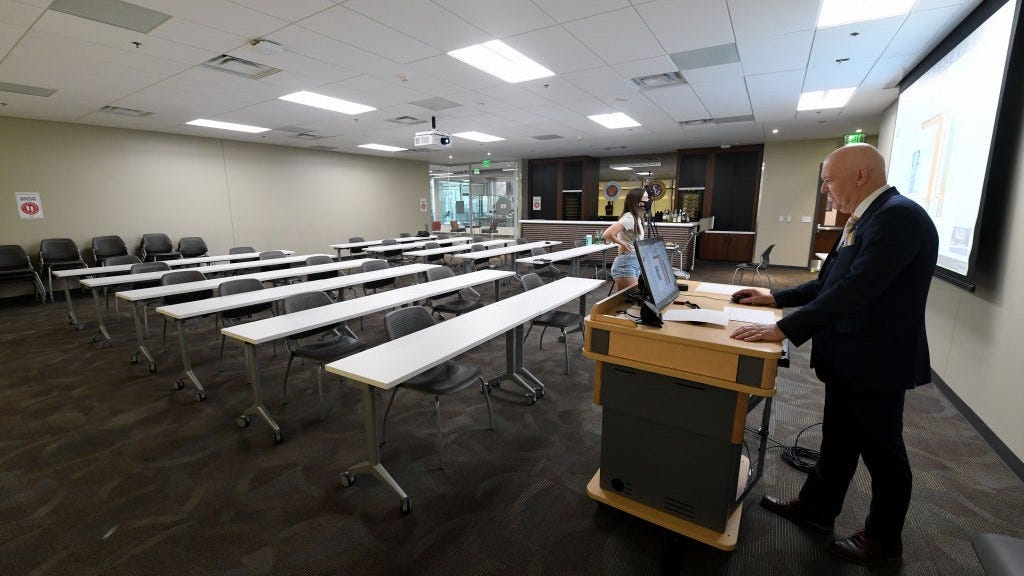 College enrollment has dropped by 1.2 million since the pandemic