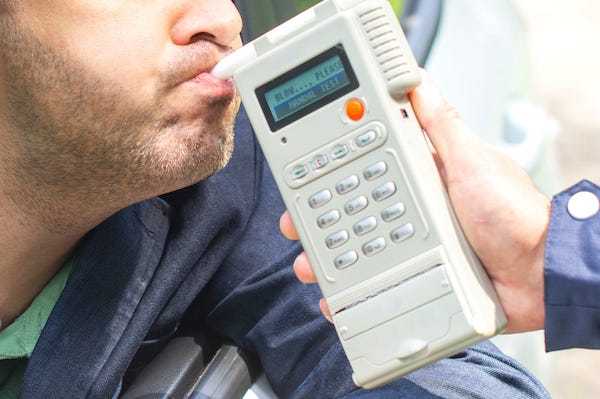 DALLAS (KLUV) — Elton John was arrested yesterday for a DUI while driving a Lamborghini in Virginia.

And no, we're not talking about the Rocket Man, thankfully, but 33-year-old Elton John Vasquez, who was pulled over by the cops after witnesses say him swerving between lanes, driving onto the shoulder, and hitting a guardrail.

Thankfully the police were able to catch up to Vasquez before he could do any more damage, and managed to pull him over in a roller rink parking lot.

According to WJLA, Vasquez had "bloodshot, glassy eyes, slurred speech, and had the smell of alcohol on him," so he was promptly arrested.

Elton John Cossio Vasquez, 33, was arrested for DUI after a 911 caller reported seeing a Lamborghini swerving between lanes, driving onto the shoulder, and hitting a guardrail Thursday night in Stafford.https://t.co/CIVrThMRGE

He's facing charges of DUI, obstruction of justice, and a traffic lane violation, and was being held on a $1,500 unsecured bond at the local jail.