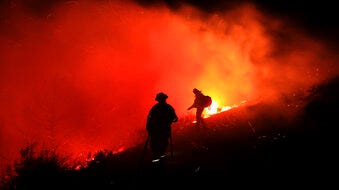 Northern Sonoma County Fire District firefighters make access on the the Geyser fire, located at the very top of Geyser Peak above Alexander Valley, Saturday, Jan. 22, 2022 in Sonoma County, Calif. The region has experienced above average rainfall this winter and last month Geyser Peak was covered with several inches of snow. A offshore wind pattern is impacting the entire state. Photo credit Kent Porter/The Press Democrat via AP
By The Associated Press

BIG SUR, Calif. (AP) — Hundreds of residents remained evacuated Sunday as crews battled a wildfire in rugged mountains along the California coast that forced the closure of the main roadway near Big Sur.

One structure was damaged by the blaze that broke out Friday in a steep canyon and quickly spread toward the sea, fanned by gusts up to 50 mph (80 kph).

"The fire lined up with the wind and the terrain and that gave the fire a lot of energy to make a big run," Cecile Juliette, a spokeswoman for the California Department of Forestry and Fire Protection, said Saturday.

Winds calmed by Sunday morning, allowing crews to make progress against the flames, she said.
The blaze dubbed the Colorado Fire was 25% contained after burning at least 1.7 square miles (4.4 square km) of brush and redwood trees, Juliette said.

Evacuation orders were in place for about 500 residents of a sparsely populated area between Carmel and Big Sur.

Authorities closed a stretch of Highway 1 with no estimated time for reopening. The two-lane highway along Big Sur is prone to closures due to fire and mudslides from heavy rain that made portions of the roadway collapse last year and in 2017.

Evacuees shared on social media dramatic images of flames burning behind iconic Bixby Bridge. The tall concrete span has been the backdrop of many car commercials, movies and TV shows, most recently the HBO drama "Big Little Lies."

Strong winds were recorded across the San Francisco Bay Area early Saturday, knocking down trees and power lines and causing a small number of electricity outages. There were no immediate reports of injuries.

In Sonoma County, firefighters extinguished a small blaze on Geyser Peak, where gusts above 90 mph (145 kph) were recorded. In the Sierra Nevada, the winds topped 141 mph (226 kph) near the summit of Kirkwood Mountain Resort, shutting several ski lifts.

In Southern California, a peak gust of 90 mph (145 kph) was recorded in the mountains east of Santa Clarita. Strong winds developed across the region, toppling trees and power lines before starting to die down on Sunday. Many wind advisories are set to expire around midday.

Dry conditions returned to Northern California after a series of December storms that dumped heavy snow in the mountains and partially refilled parched reservoirs.

However, Juliette said the winds quickly dried up vegetation weakened by a prolonged drought.

"It's unusual to have fire this size here on the coast at the end of January," she said.
"The fact that we had a fire this size is of great concern."

The cause of the Colorado Fire is under investigation. 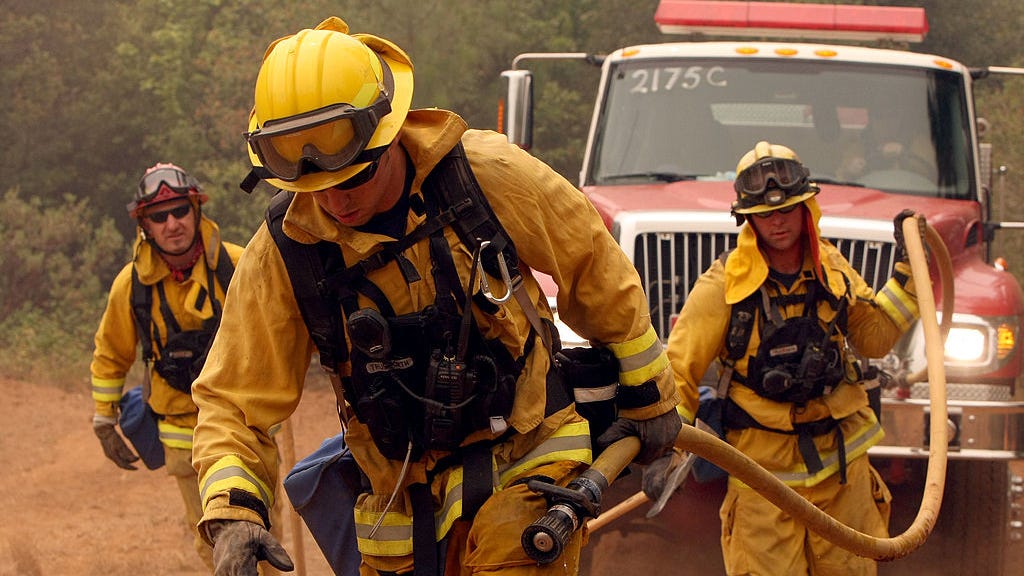 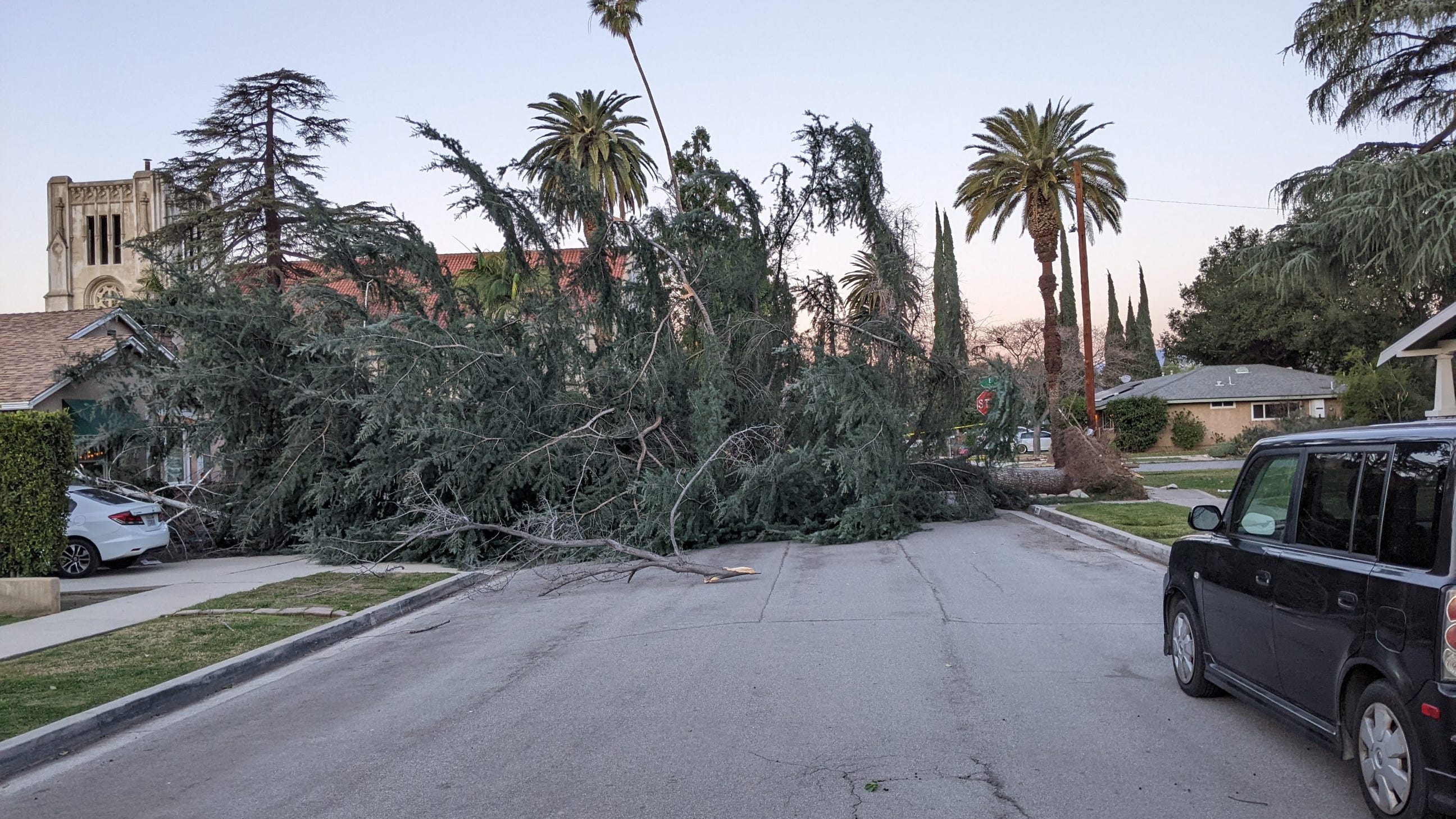