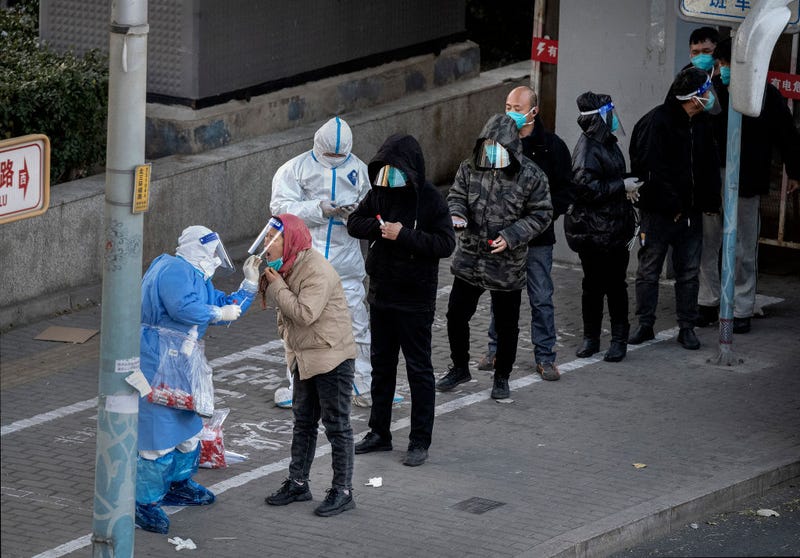 An epidemic control worker wears PPE to prevent the spread of COVID-19 as he gives a nucleic acid test to a resident as others wait in line wearing face shields before leaving by bus from an area with communities in lockdown on November 30, 2022 in Beijing, China. Photo credit Kevin Frayer/Getty Images
By Joe Hiti, Audacy

Protests have broken out across China over the nation’s zero-tolerance policy for COVID-19. Health experts have said that the lockdowns have been extreme, with no clear path forward.

“This issue of what’s happening in China has more of an impact on every one of us…than you can imagine,” Osterholm said.

Since the beginning of the pandemic, Osterholm has described COVID-19 as a forest fire. The virus spreads like crazy from person to person and is unpredictable at times.

To combat this, China enacted harsh lockdowns on cities with massive populations to try and stop the spread. While they were somewhat successful with earlier variants of the virus, they have been less with newer variants.

Osterholm shared that the approach from China has been flawed from the beginning, as he says that no matter how extensive their lockdowns were, they weren’t going to stop the virus completley. He also said the level of cases at which they decide to lock down cities with millions of people in them didn’t make sense.

“[China is] seeing the same number of cases [the U.S. is] every day, and from that standpoint, it’s not a major public health challenge,” Osterholm said. “The problem is…they have assigned this lockdown mentality where 300 cases in a community of 20 million people get locked down. That’s not going to stop it. It won’t work.”

Where Osterholm says this starts to have an effect on the U.S. is the critical supply chains that are having issues because of the shutdowns.

“Drugs, electronics, I can go through a laundry list,” Osterholm said. “We have made ourselves economically dependent on China for those reasons, and these lockdowns are beginning to have major impacts.”

Osterholm says that he can’t understand what the game plan currently is with China, especially since he can’t see the government admitting it was wrong. 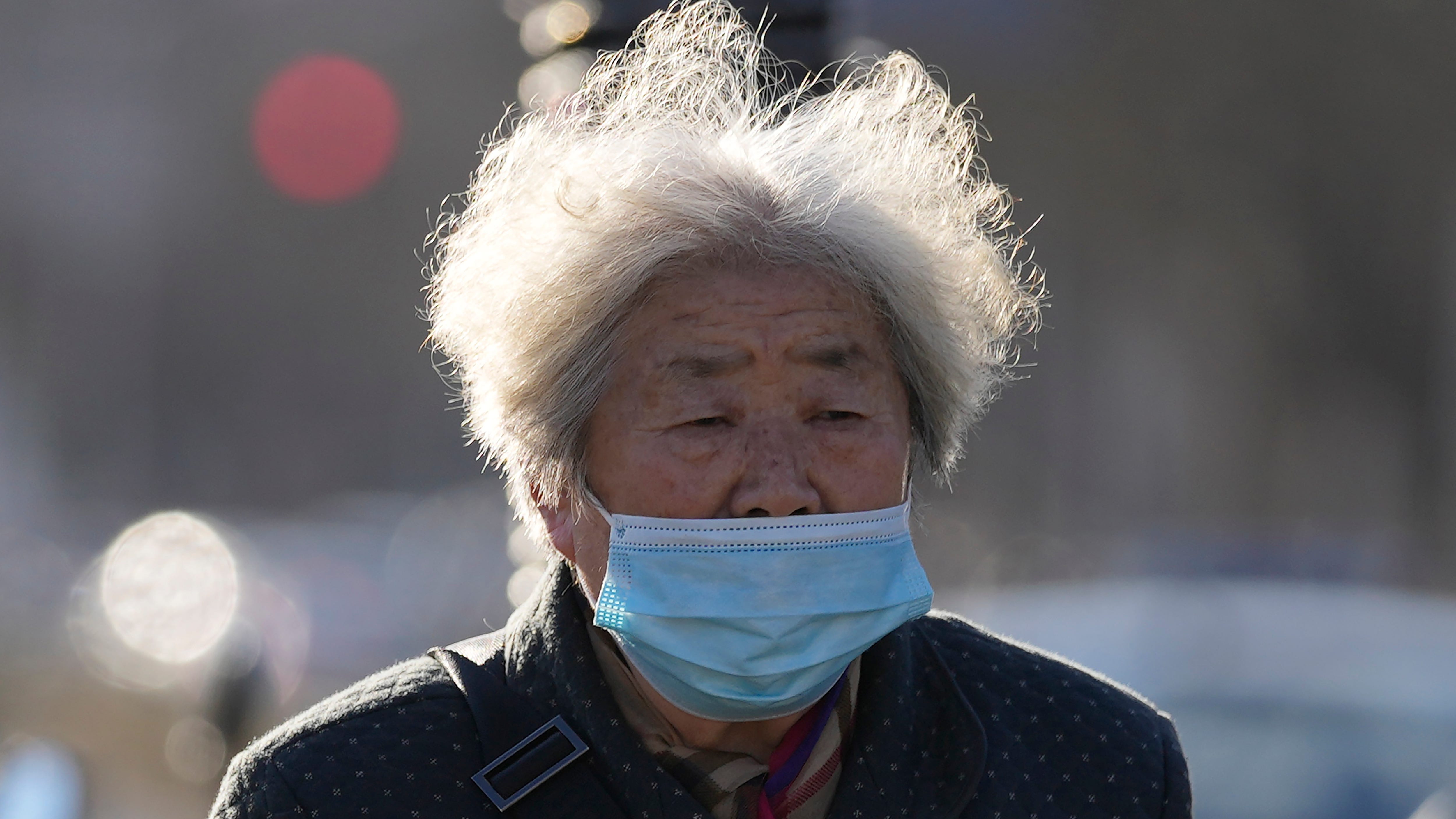