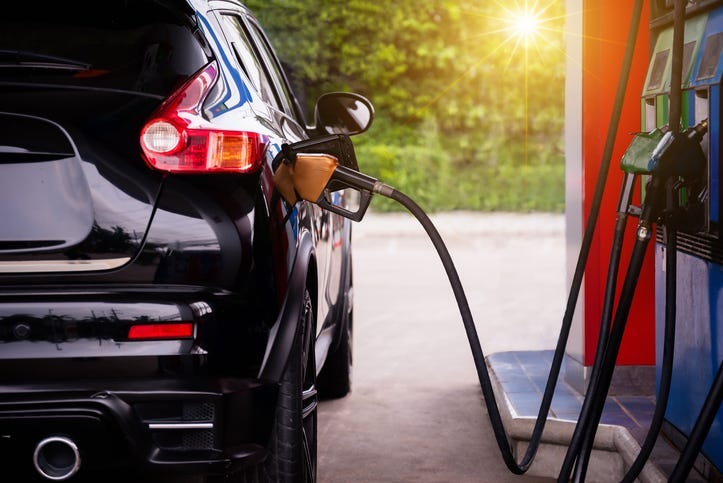 DALLAS (KRLD) - When gasoline prices spiked to their highest level of the year a month ago, drivers started to get a little nervous.

Just a few weeks later, the situation at the pump has improved considerably.

Going into Memorial Day weekend, the Dallas-Fort Worth average for regular unleaded stood at $2.58 a gallon.  The statewide average was at $2.53 on Friday, according to Gas Buddy's Patrick DeHaan, who said, "Prices have dropped close to 20 cents a gallon in the last month in Dallas, down about eight cents in the last week alone."  One year ago, the DFW average was $2.79.

Even though this weekend kicks off the summer driving season, it is possible gasoline prices could dip again early next week.  Despite a gain of 1.2% on Friday, crude oil futures saw their biggest weekly losses of 2019.  West Texas Intermediate crude ended Friday at $58.63 a barrel, down nearly seven percent for the week.

DeHaan said it is tough to tell where gas prices are headed over the next few months.  Potential factors include the upcoming Atlantic hurricane season and possible resolution of the trade conflict between the U.S. and China.  DeHaan said, "If that (trade agreement) does happen, we could see prices move back up.  Then there's the situation in the Middle East, Iran continues to provoke the U.S. with military movements."

For now, Texas has the 8th-cheapest average gasoline price in the nation.  The cost of filling up is even lower in some neighboring states.  "In Louisiana, prices average $2.40.  That's good for the cheapest and lowest average in the country," DeHaan said.  Arkansas is also a bit cheaper than prices in Texas this weekend.​