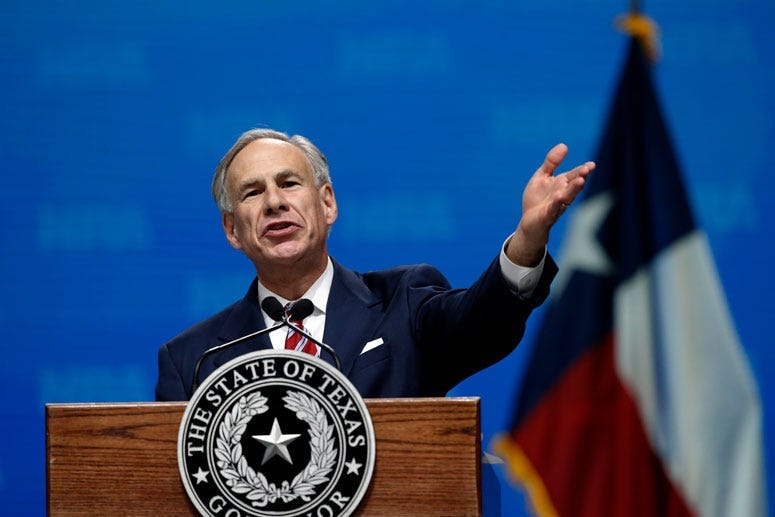 AUSTIN (1080 KRLD) - Limiting property tax revenue growth at 2.5 percent is Governor Abbott’s goal and now its the starting point for both the Texas House and Senate this legislative session.

In a State Capitol Press Conference with Lt. Governor Dan Patrick and House Speaker Dennis Bonnen, Governor Abbott spoke of the importance of their unity, especially in regards to big legislation. “I am unbelievably proud to see the way the Texas House and the Texas Senate have both come together, worked tirelessly to quickly address this issue…We are here in the Capitol working to make sure we reform a property tax system in Texas that is costing our taxpayers way too much.”

Lt. Governor Dan Patrick called this a historic day, saying “This legislation will address property tax growth for homeowners, which is 8 to 9 percent a year in some cities and counties. It will also reduce the burden on Texas businesses, too many of whom have been driven out of business by high property tax rates.”

Patrick also spoke of the importance of teamwork between himself, Governor Abbott and the newly elected Speaker Dennis Bonnen. Patrick even referred to Bonnen as the “New Sheriff in town over in the House.” Speaker Bonnen added that they saw problems and “this (unity) was the first step in solving the biggest problem facing Texas taxpayers.”

Two years ago the State House and Senate were unable to come-together on the details behind property tax reform, which was also Governor Abbott’s top priority last session.