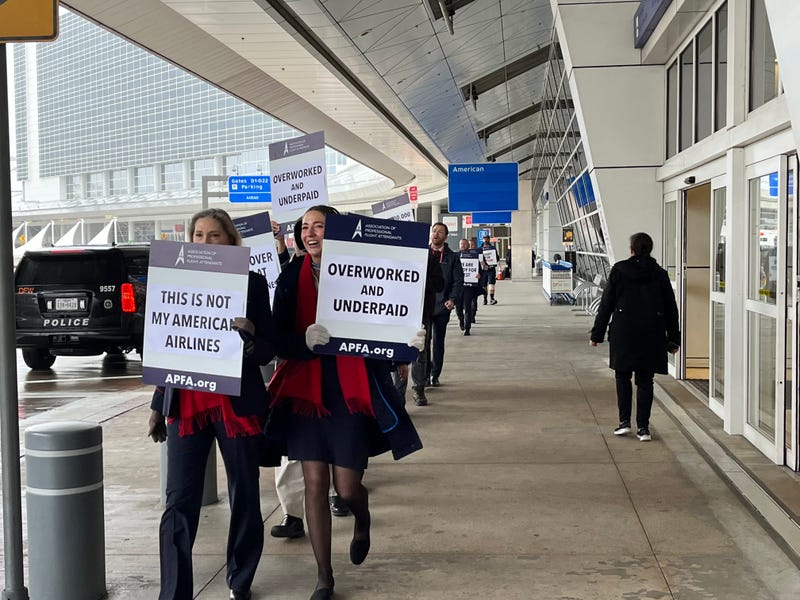 Flight attendants for American Airlines gathered at airports across the country Tuesday to picket as their union negotiates a contract with the carrier. At DFW Airport, flight attendants spent two hours picketing outside Terminal D.

"Airlines are poised to be making record profits in the coming year, and we want to share in those profits as well," said the Association of Professional Flight Attendants' Larry Salas.

The Association of Professional Flight Attendants has been working under a contract that became amendable in 2019. The union represents 24,000 flight attendants and picketed at a total of 11 airports Tuesday: Boston, Charlotte, Chicago/O'Hare, DC/National, DFW, JFK, Los Angeles, Miami, Philadelphia, Phoenix and San Francisco.

Among items APFA expects to begin negotiating soon are increases to 401(k) contributions, a cap on yearly increases to health insurance premiums and schedule improvements.

APFA also wants flight attendants to be paid during boarding.

"Our pay doesn't begin until that aircraft door shuts," Salas said. "There's a lot of preparation we do prior to boarding and during the boarding time we're not compensated for."

APFA says schedules are now built with limited rest periods which gives the airline little flexibility when adjusting the schedule due to weather.

At the picket Tuesday, a leader of the Tarrant County Central Labor Council-AFL CIO joined flight attendants. First Vice President Tevita Uhatafe said he wants to ensure staff on flights are "alert and have proper rest."

"First and foremost, my family travels on these airplanes here at DFW, and these are the professionals who keep them safe in the air," he said.

American Airlines said picketing events like those Tuesday are "not out of the ordinary" and would not impact the carrier's operation.

"American remains committed to reaching a contract that’s good for our flight attendants and our airline. We continue to meet regularly with the Association of Professional Flight Attendants, have made meaningful progress, and continue to make reaching a new agreement our highest priority," the airline wrote in a statement.

In the third quarter of 2022, American announced a 13% increase in revenue from the same period in 2019 and a profit of $483 million. The airline will announce fourth quarter earnings Thursday. 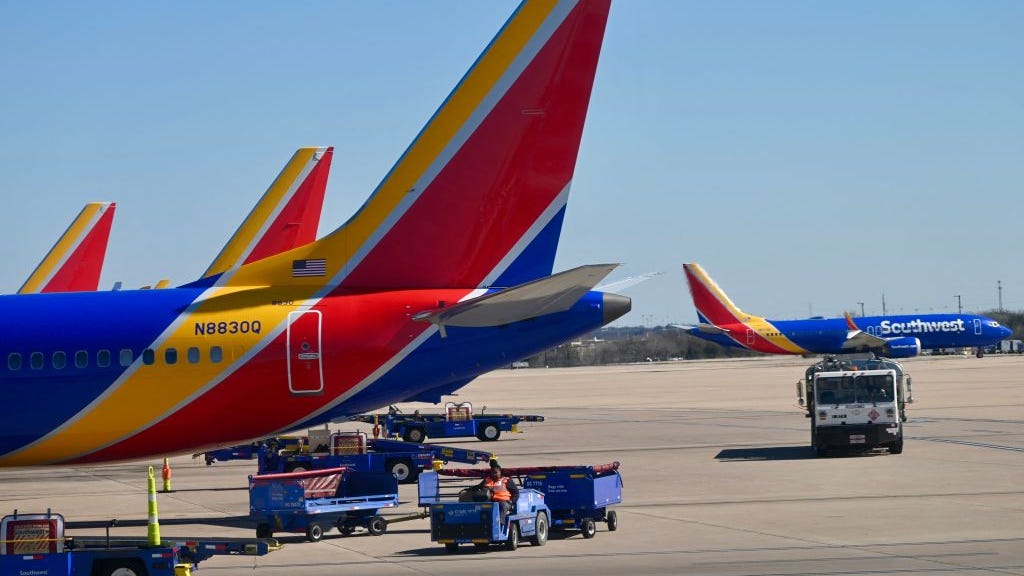 Southwest Airlines reaches a proposed deal with its flight dispatchers