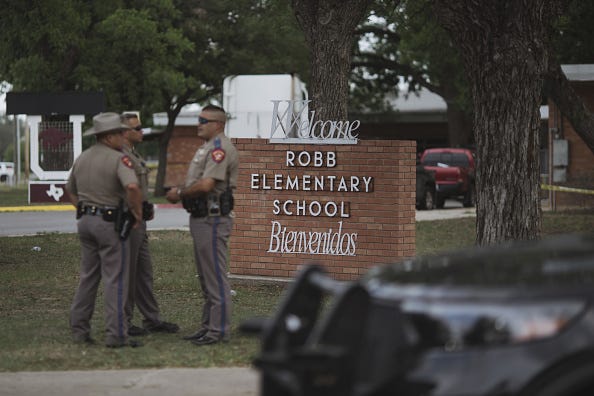 "Senators Murphy, Sinema, Tillis, and I had a very constructive conversation about the best response to the horrific events in Uvalde last week. We’ve asked our staff to continue to work together to address some of the details that we hope to be able to discuss at some point soon,” Cornyn wrote in a statement after the meeting.

In the House, HR 7910 will go before the Judiciary Committee Thursday morning. The measure is written with five parts:

"TITLE II—PREVENT GUN TRAFFICKING" would ban the purchase of a gun for a third party and selling a gun to a person in another state in violation of that state's laws or "to a person intending unlawful further disposition."

"TITLE IV—SAFE STORAGE" would set storage requirements for guns. "Ethan's Law" would set punishments for adults found to store guns in a way where a child could gain access. People could be fined $500 for each violation and forced to forfeit their gun.

"TITLE V—CLOSING THE BUMP STOCK LOOPHOLE" would expand a ban on "bump stocks" which can increase a weapon's rate of fire. Existing bump stocks would need to be registered.

The measure would also include "compensation for surrendered large capacity ammunition feeding devices."