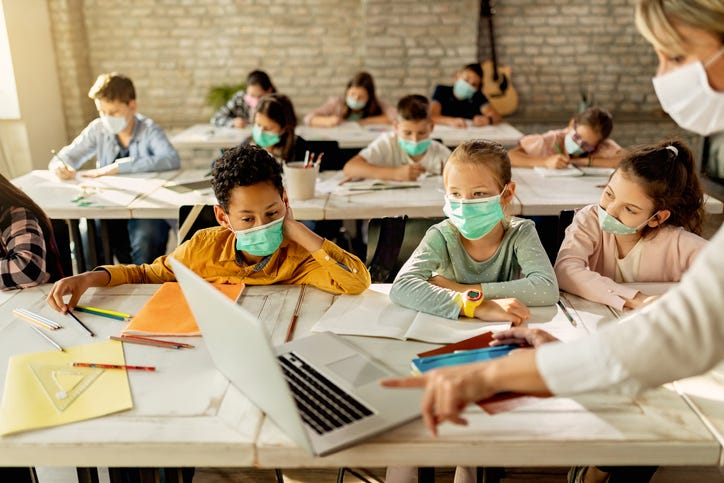 The Texas education commissioner says current students could earn 6% less over their lifetime as a result of the pandemic. Mike Morath spoke at a "State of Public Education" event organized by the Dallas Regional Chamber.

Morath, a former Dallas ISD trustee, says Texas had seen "unadulterated improvement" in test scores over the past ten years, but over the past 18 months, the number of students performing at grade level for math dropped 20%.

"This is the largest problem facing the state of Texas," he says. "It is larger than every other problem we face, probably, combined."

Morath says more than a million students have fallen behind their grade level. He compared the drop in test scores to students who fell behind after relocating to Texas after Hurricane Katrina.

"After four years of intense intervention, they did, in fact, catch up to state averages in reading," he says. "They never caught up in mathematics."

Students could earn $100,000 less over their career, and Morath says that would lead to a $2 trillion cut to Texas' gross domestic product.

To combat "learning slide," Morath says districts could succeed by adding more hours to the school day or additional days to their calendar.

This year, the legislature passed the "Teacher Incentive Allotment," allowing some teachers to earn more than $100,000 for transferring to schools with the lowest scores. Morath says other programs to strengthen tutoring and teacher development and instruction could also help reverse the drop in test scores.