Plano investigators now believe that a house explosion that injured six people may have been intentional.

The explosion happened Monday afternoon in the 4400 block of Cleveland Drive. The home was leveled, debris was scattered for hundreds of feet around and the shockwave reportedly shook buildings at least a mile away.

Mae Reedy, a close family friend, told tells KRLD Jennifer Jagielski was with her son in a bedroom when the explosion occurred. The mother of three was in a position to shield her son who had just gone through a surgery.

All five members of the family were sent to the hospital. The three children, ages 3, 6 and 10, were released with minor cuts and are staying with the grandmother. Jennifer was released Wednesday and joined her sons. Her husband Phillip is still in the hospital and has gone through surgeries.

The condition of the only person who lives in the exploded home is unclear. A Go Fund Me account has been set up to help the family with expenses. 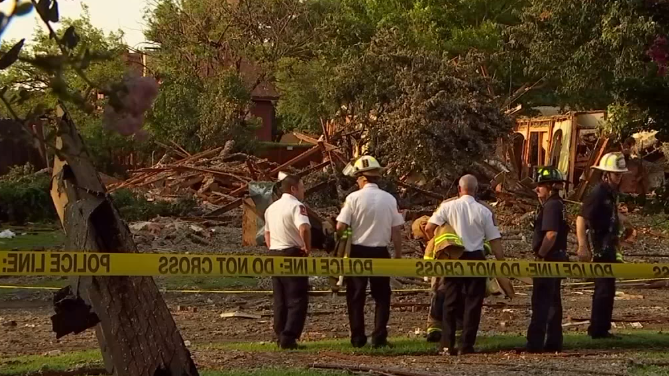 Gas leak identified as probable cause of Plano house explosion