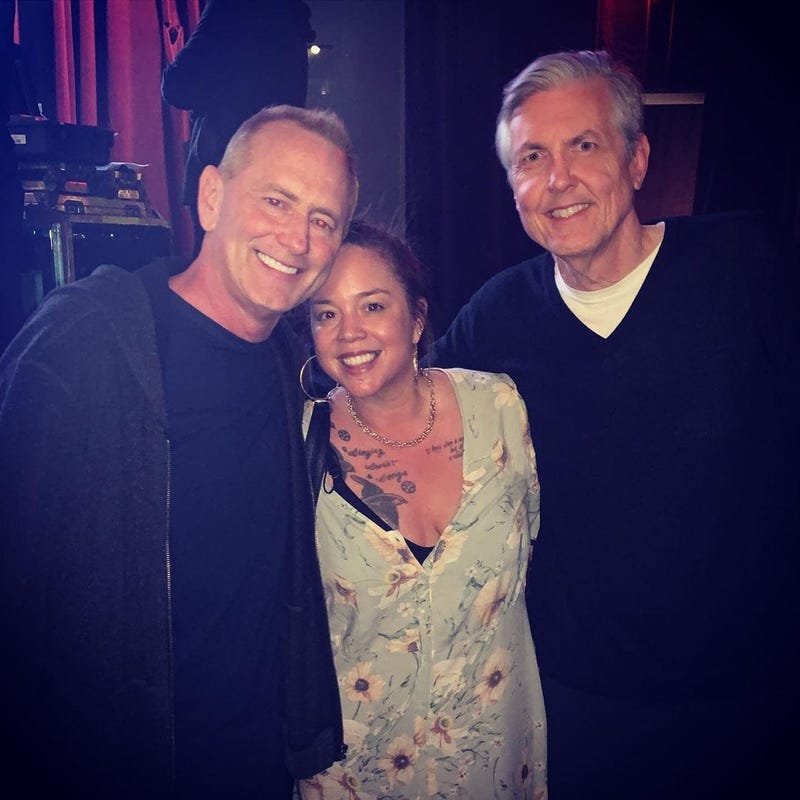 Earlier this year, after 30 years on the KROQ airwaves, Gene "Bean" Baxter made the announcement that he would be leaving the Kevin & Bean Show to move to England and pursue new opportunities. Ahead of Bean's last day on the show, well wishes poured in on social media from KROQ DJs, friends of the show, and listeners alike.

Morning show co-hosts Allie Mac Kay and Jensen Karp took to their Instagrams to talk about their experiences working with Bean over the years and wish him good luck on his upcoming move.

Other current and former KROQ DJs also showed their love for Bean, with Nicole Alvarez, Stryker, Megan Holiday, and Kat Corbett each writing about what Bean meant to them on their Instagrams.

Frequent guests and friends of the Kevin & Bean show such as Gabriel Iglesias, Doug Benson, Walton Goggins, Merrin Dungey, and Noelle Scaggs of Fitz and the Tantrums also said their goodbyes on social media.

Just listened to Bean’s second to last @KevinAndBean Show on @kroq. Gonna miss you, @clydetombaugh. This rip is for you! pic.twitter.com/MJsRfEPCtO

Bean's last show on KROQ will be Thursday, November 7th from 5am to 10am on the Kevin & Bean Show. Fans can share their favorite morning show memories and good luck wishes with Bean by sending their messages to the Kevin & Bean Show on Twitter, Instagram, and Facebook, or by reaching out to Bean directly on his personal Twitter and Instagram.