By Stryker and Klein, KROQ

KROQ hosts Stryker and Klein were busy giving away Smashing Pumpkins tickets when a man named Tom was caller 20! Now normally, that’s where the story would end, however, Tom disclosed that he was on his way to the emergency room for a racing heart and stuck in traffic. Uncertain of the severity of the situation, Klein and Tom joked, renaming him “Dead Tom” and joked that if he died they’d award the tickets to someone else. Listen to the call above.

Today we were given an amazing update, Tom is indeed ALIVE! He let the show know that upon arriving at the emergency room that the staff found he was suffering from a heart attack and rushed him into surgery. He is now recovering in the hospital and on the road to recovery!

UPDATE: Stryker and Klein called Tom on Friday to get an update on his condition. 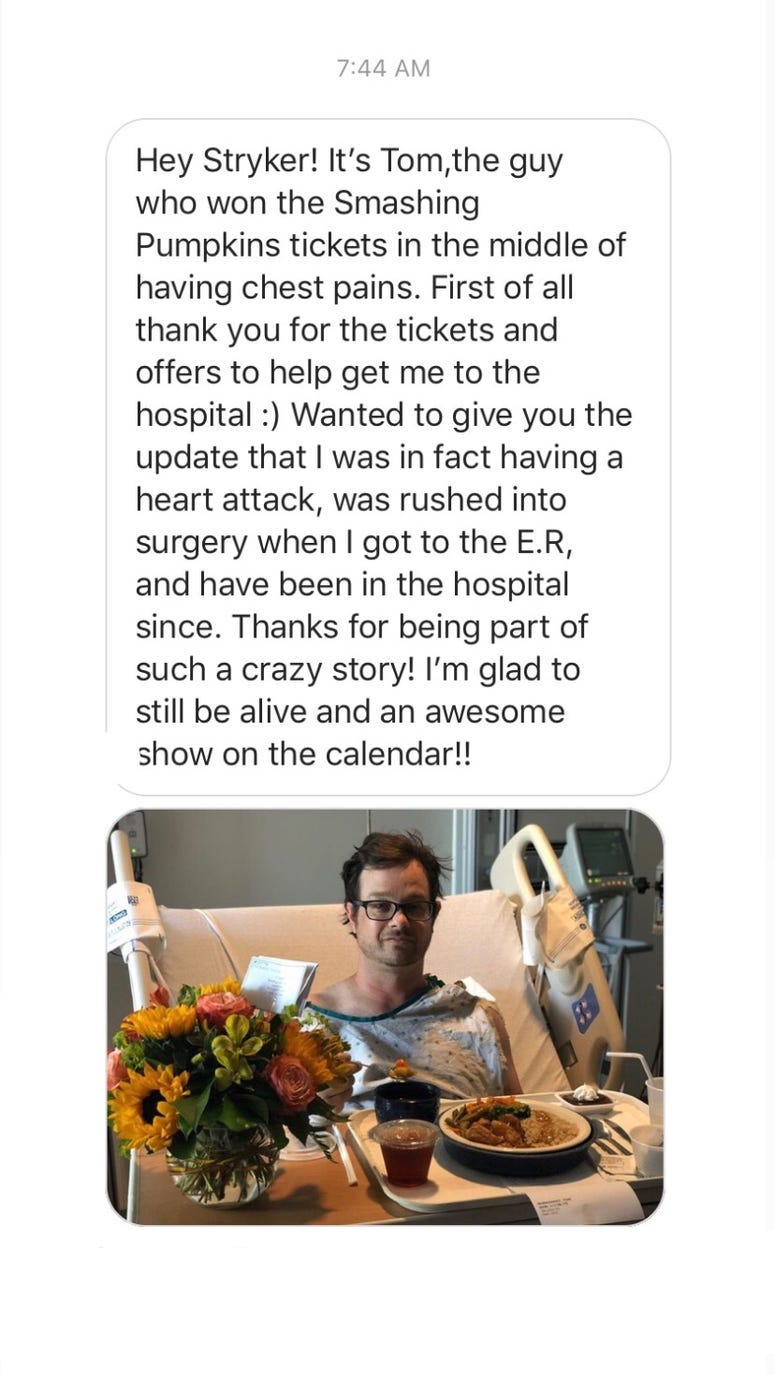 We are all happy that he is alive and on the road back to health! The KROQ team wishes him a speedy recovery!

Listen to Stryker and Klein from 3 p.m. – 7 p.m. on weekdays for updates and follow along @StrykerandKlein on Instagram.