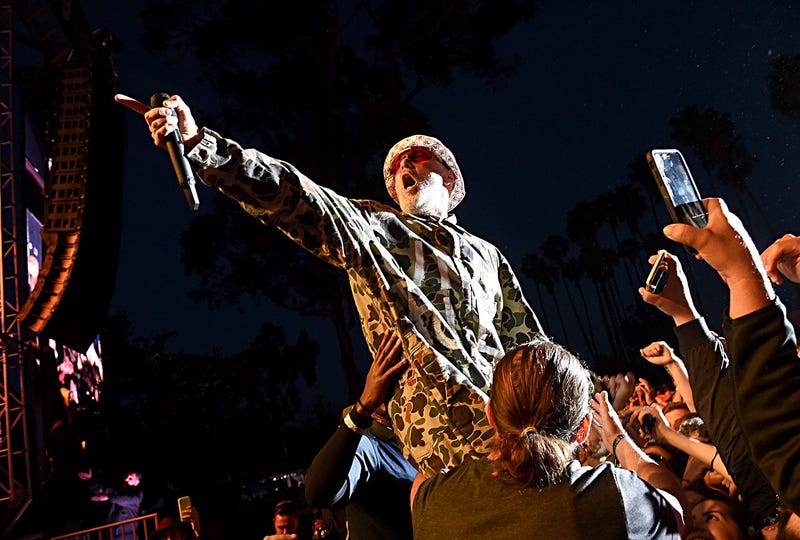 It’s tough to accurately describe the kind of ambiance that’s packaged with a concert on the California coast. Imagine for just a second a 360-perspective that includes endless blue skies, clusters of palm trees, and the steady crash of waves in the distance. The 2019 installment of KROQ’s summer kickoff introduced the Weenie Roast and Luau to the scenic shores of Doheny State Beach.

The setting provided the kind of backdrop that transformed a full day of bands and beer into an especially memorable party. As for the soundtrack from the stage, the tunes proved to be premium from start to finish with plenty of highlights worth revisiting. 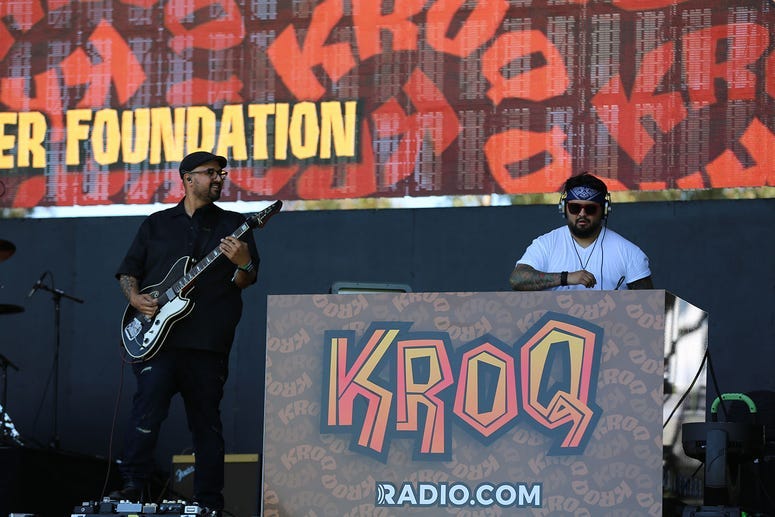 KROQ’s resident DJ, Jeremiah Red, had the duty of getting the show started on the Weenie Roast stage and quickly got the fans moving. Adding a performance element to his genre-bending set, Red shared his time with guitarist Rod Castro and added another layer of musical depth to tracks designed for the party. A live meld of rock, electronic, hip hop essentials, along with his own compositions, Jeremiah Red showcased the kind of versatility that reiterated why his Roq N Beats show continues to drive weekend radio in Los Angeles. 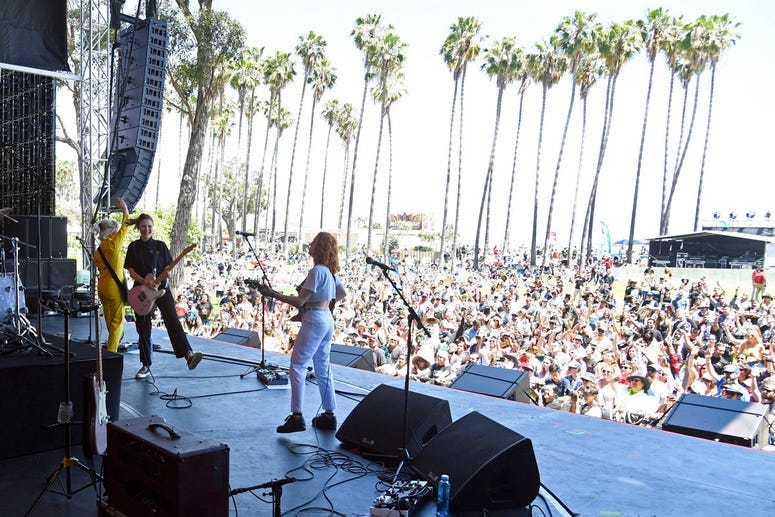 Combining punchy guitars, doo-wop inspired harmonies, and the charisma of frontwoman Lydia Night, Los Angeles natives The Regrettes backed up their well-earned buzz. Songs like “Hey Now” added a surf rock element that paired all too well with the beach setting. Another single, “Dress Up” worked in inciting the crowd to get their hands clapping along. As for the band’s commitment to their craft, we would find out that Lydia Night performed “Ladylike/WHATTA BITCH” with a bee just inches from her face and never missed a note. 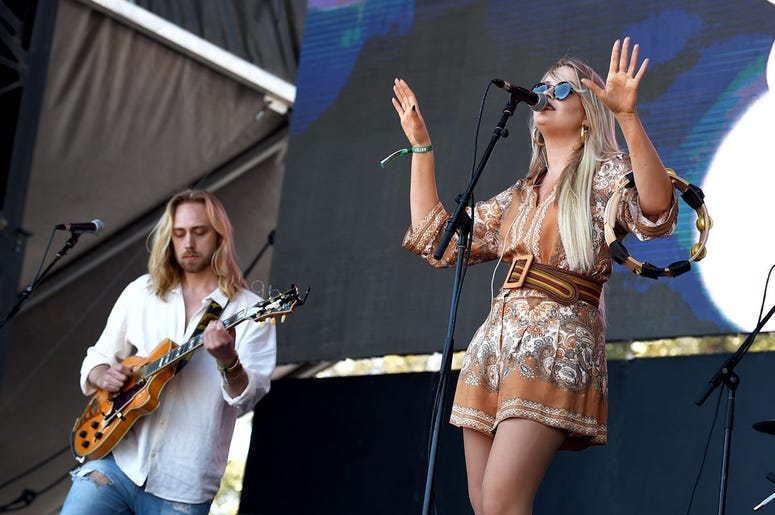 “It’s always been on our bucket list to play a California festival on the beach,” vocalist Maria Jane Smith explained as she thanked the fans. One half of the Swedish folk-pop export Smith & Thell, the duo showed their gratitude with a set of soaring singles like “Telephone Wires” and “ROW.” The songwriting team made a lasting impression with new fans as eyes remained glued to the stage. Finishing their time with the infectious, “Forgive Me Friend,” fans could be seen singing along proving that the band’s live introduction to the KROQ family was one that stuck. 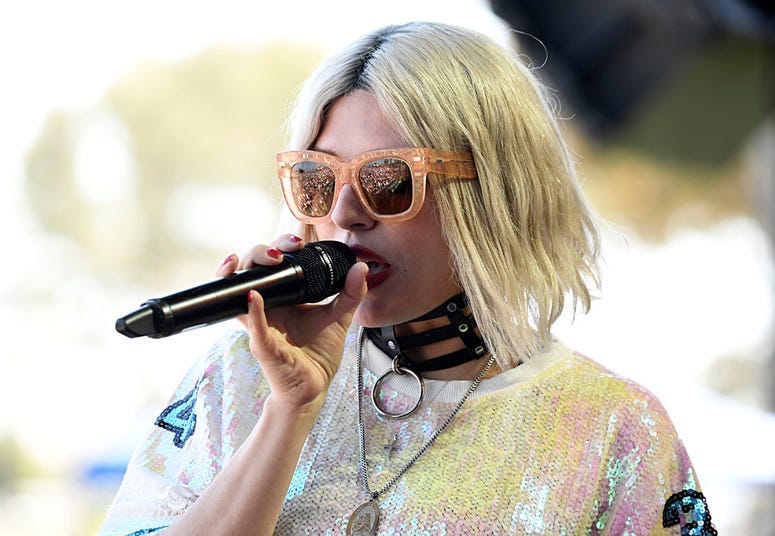 As husband and wife collaborators, Flora Cash had the kind of set that had every couple in the house getting closer. Songs like “I Wasted You” and the enduring single “You’re Somebody Else,” translated as stylishly delicate, ethereal. The set didn’t include production spectacle, nor did it need it. The measured melody from Shpresa Lleshaj and Cole Randall managed to transform a festival footprint into something much more intimate. 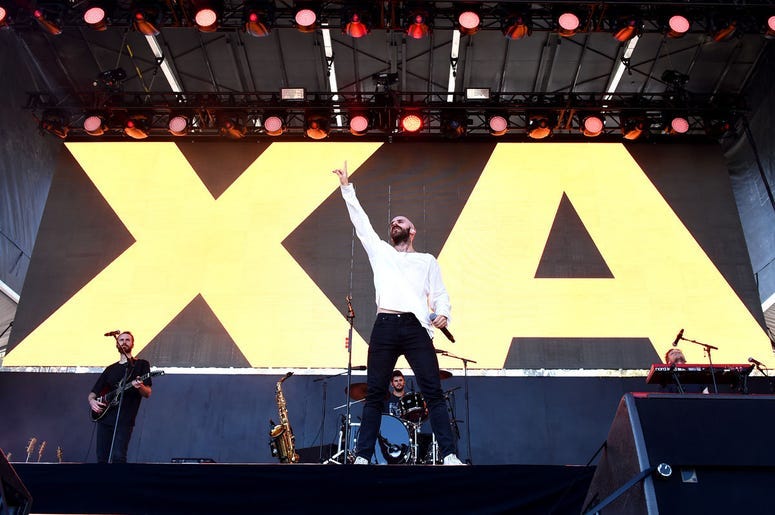 The noise level quickly spiked when KROQ favorites X Ambassadors took over. Restoring the party atmosphere, singles like “BOOM” had fans dancing from the pit to the sand. Hard at work on their soon to be released record, ORION, the band treated the Weenie Roast to new tunes as the band performed the latest single, “Hold You Down,” and instantly earned approval. Things got really impressive when “Unsteady” hit. A quick survey of the floor saw fans singing and swaying in unison. Before closing with “Renegades” frontman Sam Harris wish the crowd a happy Pride month and dedicated the song to the LGBTQIA community. He also thanked KROQ for really supporting the single early in their career, making the performance especially meaningful. 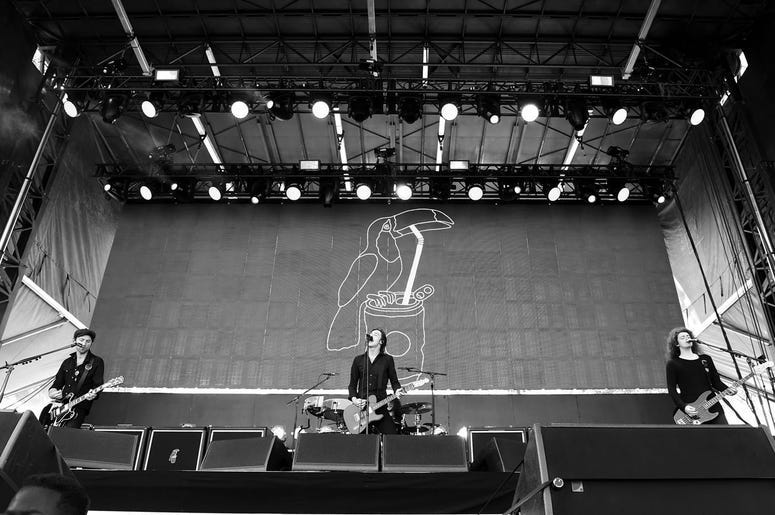 The rock show rumbled down the shore as Catfish and the Bottlemen proved blistering for their 40-minute stint. Emerging onstage to Dean Martin’s “Ain’t That A Kick In the Head,” the band delivered the goods with jams like “Longshot,” “Pacifier,” and  “2all” from their latest full length, The Balcony. The Welch outfit wasted little time with banter in between songs, making an effort to stick to the tunes and showcase the new stuff along with the hits. The only extended break the band took was to rally the fans, convey their thanks and build a crescendo as the guitars blared for the finale with “Cocoon.” 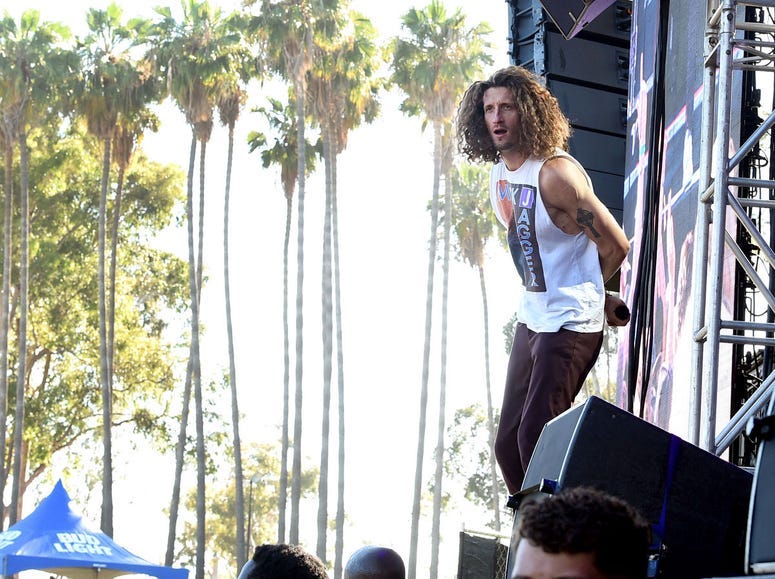 When you see a saxophone onstage, you can expect that things are going to get wild. Such was the case as The Revivalists were next up. Both as showman and songwriters, the band works so well in creating a good time. Still touring in support of their late 2018 release, Take Good Care, the band devoted most of their time to showcase their celebratory singles like “Got Love,” “All My Friends,” and “Change.” Saving the best for last, “WIsh I Knew You,” functioned as the band’s victory lap as fans howled with excitement. 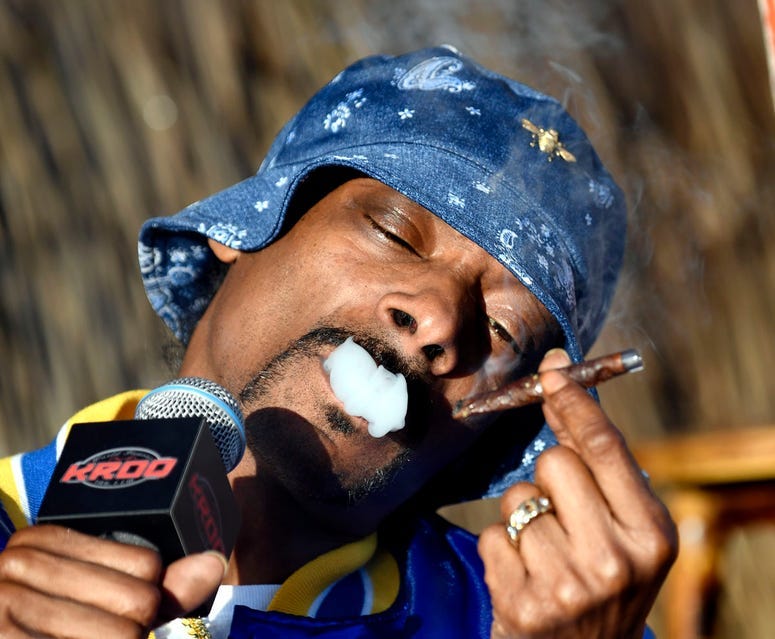 It’s time to make a very bold, albeit well-supported assertion. Snoop Dogg is the closest thing to a living saint this generation will ever know. His ability to cross all divides and bring people from all walks of life together is unparalleled. During his Snoopadelic set, Uncle Snoop transitioned from hip hop to rock in what felt like a celebration more than it ever did a concert. From Ludacris to Joan Jett, from Lil Jon to Queen, Snoopadelic couldn’t miss. In a moment that felt like world peace achieved, Snoop rocked Journey’s “Don’t Stop Believin’ and lead a singalong that will go down in the books as one of the most unforgettable moments in Weenie Roast history. 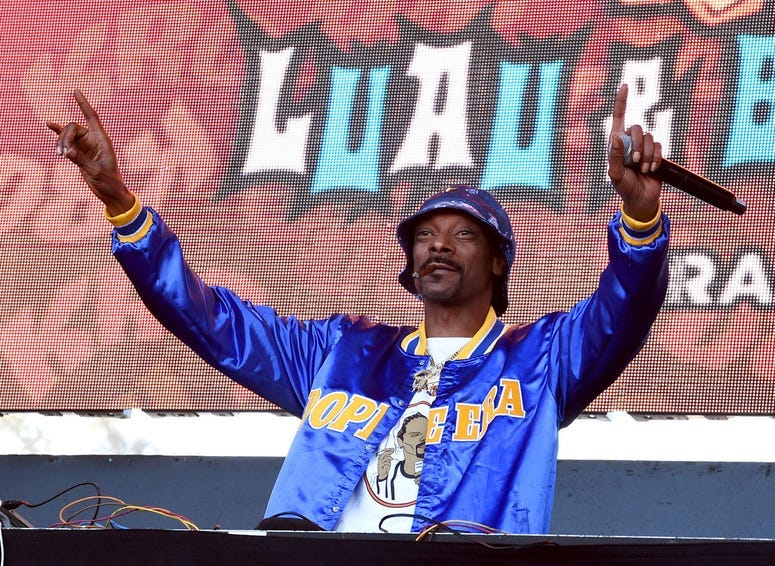 Saturday, amid a cloud of smoke, fans bear witness to the truth of Saint Snoop. 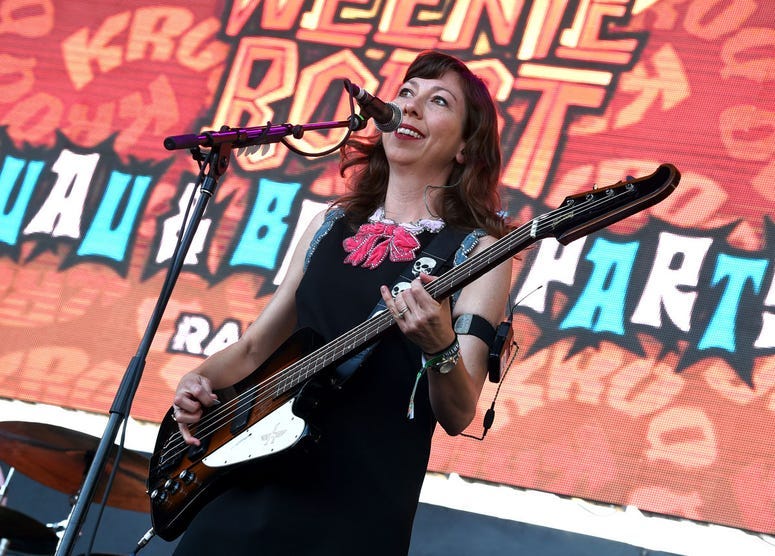 It’s a tough task to take the stage post-Snoop, but Silversun Pickups were certainly up to the task. Opening with their latest, “It Doesn’t Matter Why,” the uptempo hand-clapper ensured there was zero dip in energy. Followed by raucous rock tunes like “Well Thought Out Twinkles” and the sultry serenade of “Circadian Rhythm,” Silversun Pickups prove why they are regarded as a such a complete band. The hits like “Panic Switch” and “Lazy Eye” was enough to put the band’s short but effective set over the top. 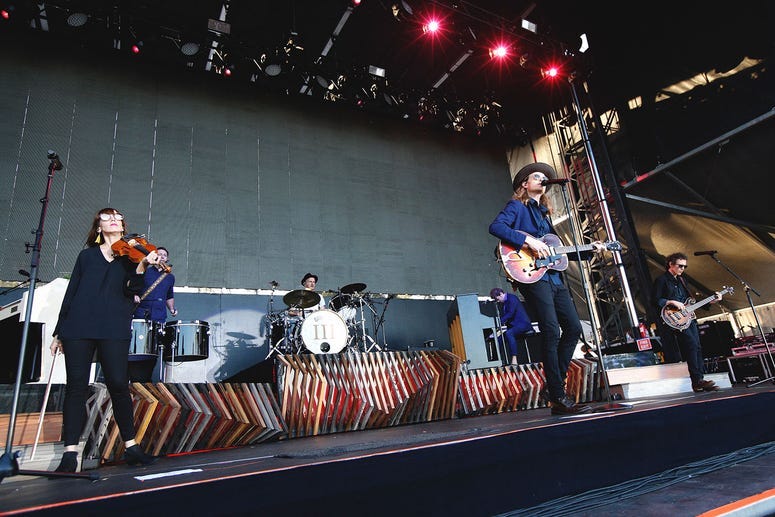 To paint a picture, sunset, the Southern California shoreline, and a spectacular set from The Lumineers… things got pretty magical. Not skimping on the singles, the band performed a succession of favorites that caused the crowd to roar louder and louder each time. Songs like “Cleopatra,” “Sleep On the Floor,” and “Stubborn Love” afforded for moments where again, people seemed to move closer together. 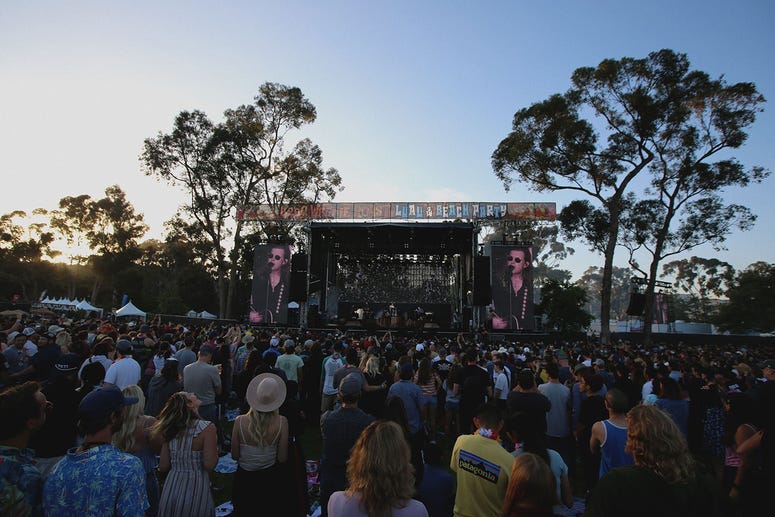 The band’s latest single “Gloria” has only been out a couple of months and has already earned one of the biggest responses from fans during their stage time. Scoring one of the highlights of the evening, it was something special to see The Lumineers hold court over their fans as the entire place sang the chorus to “Ophelia.” 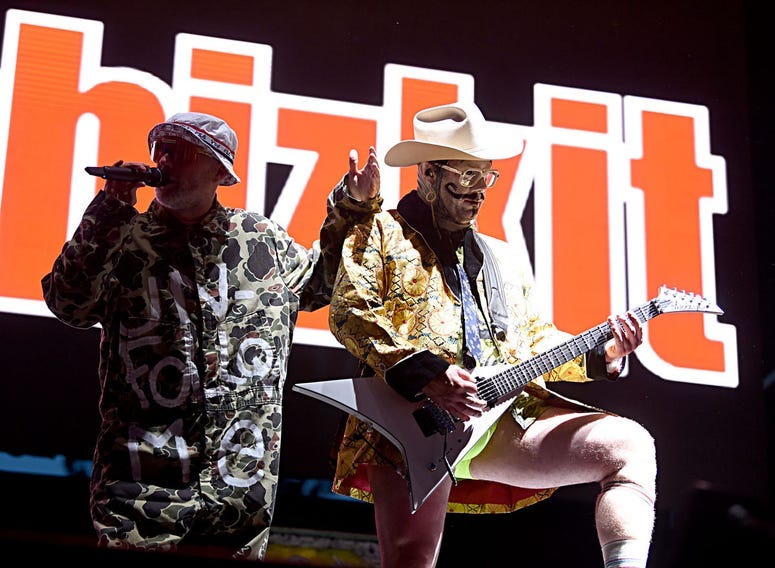 Though the fans asked for it, Limp Bizkit was undoubtedly the wild card for the evening. As the band walked out onstage to Prince’s “Purple Rain” it became evident that things were about to get very interesting and the excitement reached a swell. Ever the antagonistic, charismatic personality, Fred Durst offered a simple proposition, “Give it to us and we will give it right back to you.” Making good on that promise, Limp Bizkit tore through a set that included essentials like “My Way,” “Rollin’” and “Take A Look Around.”

While the band could’ve easily relied on the nostalgia of the songs to do the heavy lifting, Limp Bizkit proved they were still relentless live. In fact, for the turbo-charged “Break Stuff,” guitarist Wes Borland spent most of the song performing in the pit as fans went completely apesh*t. In short, Bizkit was an absolute blast. 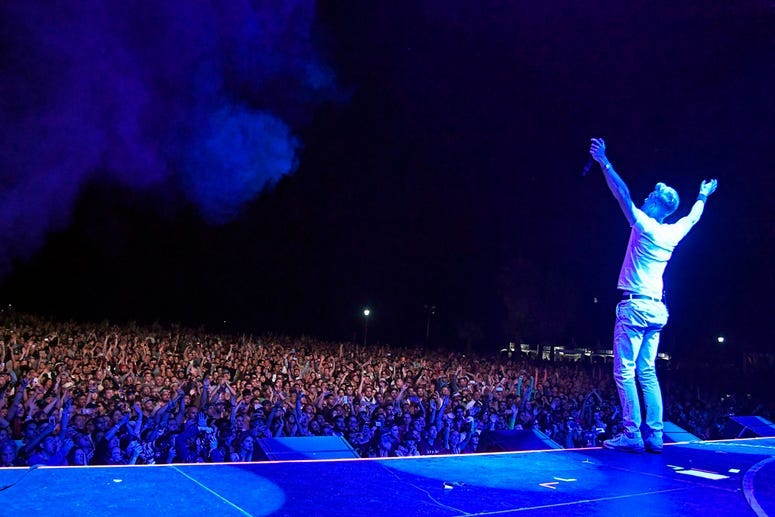 Who better to close out Weenie Roast than one of KROQ’s most beloved bands: 311. The band’s headlining set was a true collection of greatest hits spanning their more than 25-year career. From “Beautiful Disaster” and “Down” to “Creatures (For Awhile) and “Come Original” these songs are part of the lexicon of KROQ. Combined with the 311 theatrics that range from the drumline to the bass solo, and it’s clear to see why the guys remain marquee mainstays in modern rock.

Plus, SA Martinez still has the best dance moves in the game. 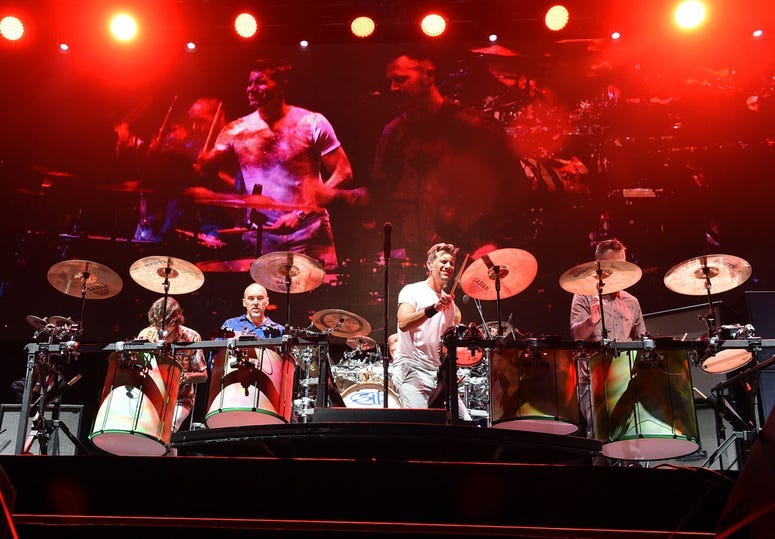 Thanks to all the fans and bands that joined us at KROQ Weenie Roast Luau & Beach Party 2019! We'll see you next year!