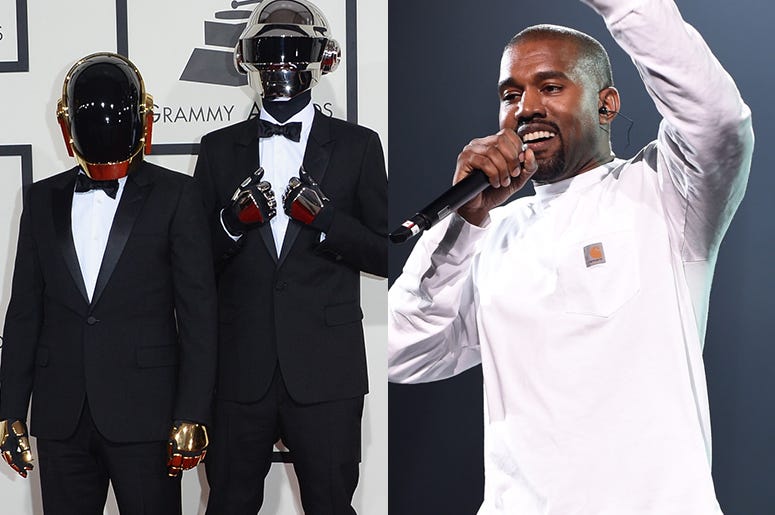 Tributes to Daft Punk pouring in after the French duo announced their breakup on Monday morning.

The notoriously elusive band called it quits in an eight-minute long video titled “Epilogue” that has taken many by surprise. For as grand and influential as they were, Daft Punk was never one to willingly step into the spotlight and take center stage. They did wear robot costumes for a majority of their career after all.

The duo’s last tour was all the way back in 2007 and Variety just shared a formerly unpublished interview with the duo that touches on a wide range of subjects.

This interview was their first American interview in many years as Guy-Manuel de Homem-Christo and Thomas Bangalter donned their robot costumes to talk all things Daft Punk. One of the topics they discussed was Kanye West and his 2007 hit single “Stronger.”

“Stronger” uses a sample of the Daft Punk track “Harder, Better, Faster, Stronger” and has gone on to become one of Kanye’s most famous songs. While the Daft Punk version was a hit in its own right (and received a resurgence after Kanye’s track), the duo didn’t come up with the melody on their own.

“We had used a sample from an Edwin Birdsong’s 'Cola Bottle Baby,' and he then sampled the a cappella we used,” Bangalter said. “It’s a funny thing. It’s quite symptomatic of this circle of sampling and being sampled and passing it along to the next producer.”

“We’ve always been very open-minded and excited about unexpected connections,” he added.

The duo ended up meeting West and spoke highly of his version. “The song is really great and we really like it,” de Homem-Christo said.

He added: “When we met him, he was a fan as much as we are fans of his work. It was like if we had collaborated him in the studio. He was happy to see that we liked it so much. It’s not a collaboration in the studio, but the vibe of the music we do separately connected in what he did with the song. It’s really great.”

The friendly relations between the two evolved to the point where they shared the stage together in a legendary performance at the 50th GRAMMY Awards. Daft Punk joined West as they performed a reworked version of “Stronger,” which also marked the very first televised live performance of the duo’s career.