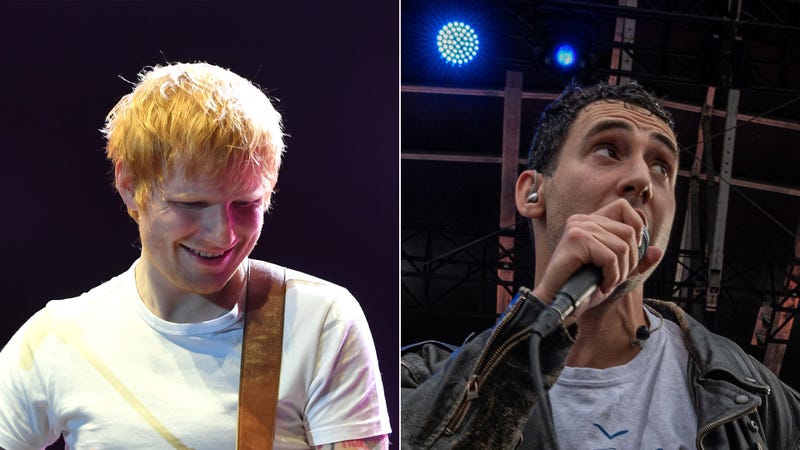 While pop icon Ed Sheeran was not one of our Audacy Beach Festival performers, he did make his way into the conversation via video chat with Bleachers frontman and songwriter-to-the-stars, Jack Antonoff.

Listen to your favorite music now on Audacy and check out our all-new exclusive stations curated for fans, by fans like Ed Sheeran Radio, and Ed Sheeran's Favorites

The last time we spoke with Ed, he provided a personal question that he wanted us to ask Jack for him when Bleachers hit the beach at Audacy Beach Festival with us this past weekend: "So Jack, I want to know," Ed asked, "what is your favorite song you've been involved in either producing or helping to write?"

Obviously a deep dive, since it is well known that Antonoff has not only co-written hits for his bands fun. and Bleachers, but also for the likes of Taylor Swift, P!nk, and Lorde just to name a few. Jack took the time to carefully word his response, considering every one of his songs his "children." Jack specifically chose to call out "Venice Bitch" by Lana Del Rey because, he says, "it took this crazy, wild turn to end up being this sprawling, long thing and it's one of those things that you can't plan to do."

Two musical geniuses, one question. See what went down when @bleachersmusic's @jackantonoff and @edsheeran asked each other this question! ✨

Since Ed has also lent his impeccable songwriting skills plenty of times to others, Jack wanted to know the same.

"I feel like the one that is the slam dunk, whenever I'm at a gig, to play someone else's song that I had written is "Love Yourself" by Justin Bieber because it was so massive for him," answered Ed. "I think it's his biggest song... anywhere in the world, if I picked up a guitar and played that, they'd be like 'oh my god, you wrote that!'"

See what went down in Jack Antonoff and Ed Sheeran's back-and-forth in the clip above, and click here for more backstage fun from our Audacy Beach Festival artists.