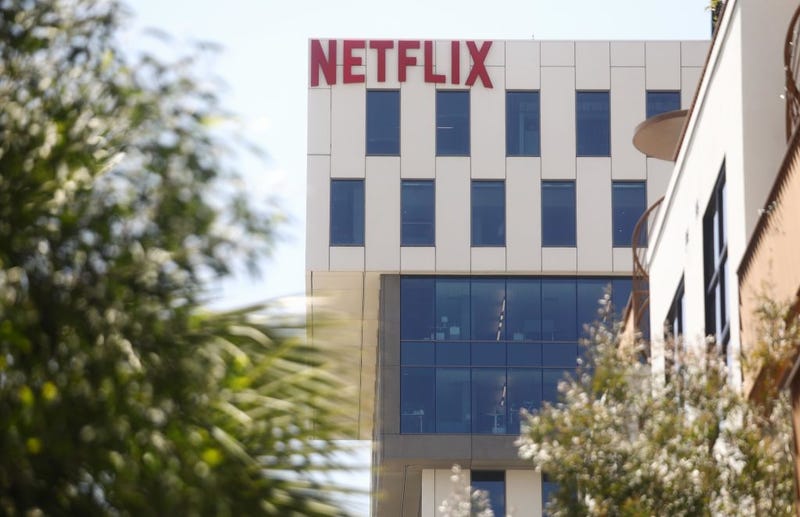 LOS ANGELES, CALIFORNIA - MAY 29: The Netflix logo is displayed at Netflix offices on Sunset Boulevard on May 29, 2019 in Los Angeles, California. Netflix chief content officer Ted Sarandos said the company will reconsider their 'entire investment' in Georgia if a strict new abortion law is not overturned in the state. According to state data, the film industry in Georgia contributed $2.7 billion in direct spending while supporting 92,000 local jobs. Photo credit Photo by Mario Tama/Getty Images
By Daniella DeRobbio, KNX 1070 Newsradio

Netflix will require its office employees to be vaccinated for COVID-19, according to The Hollywood Reporter.

Locations include its headquarters in Los Gatos, California, and the Sunset Boulevard offices in Los Angeles.

The news comes just a week after the streaming service announced that COVID-19 vaccines were required for actors and those who work closely with actors onset in the U.S. Netflix became the first major Hollywood studio to execute a vaccine mandate in its productions.

The Hollywood Reporter says the streaming service has not given an exact date as to when the mandate will go into effect.