AJR is on top of the world right now. The band recently took on their biggest stage at the 2021 Billboard Music Awards and even walked away with their first award ever for Top Rock Song. Now, we have them with us to dish on it all.

Adam, Jack, and Ryan joined Audacy's own Megan Holiday in our DTS Sound Space for an exclusive, IN PERSON (wait, what's that?) conversation and performance -- while giving us all their thoughts and feels about their big win, the story behind their award-winning hit, "Bang!," and much, much more.

Freshly shocked from their 2021 BBMAs win, the brothers were still genuinely surprised they took home the trophy out of all of this year's Top Rock Song nominees. "We didn't have it in our mind at all that we could possibly beat out twenty one pilots, AC/DC... we beat them out somehow," Ryan laughs. "We also never won anything before in our entire lives," Adam adds. "This was our first time winning something." The band also got a chance to perform their new single, "Bang!" for viewers at home, and the gathered crowd which included their dad, who got a shout out. "He didn't know we were gonna say that, he was really excited," says Jack, and so were the brothers. Getting to perform their first "real show" as Jack put it since the emergence of the pandemic, felt like a "rejuvenation... it made us miss festivals and performances. It's such a great sign of things to come."

Backstage the guys had plenty of fun meeting Tyler and Josh of twenty one pilots for the first time, and getting into some photo rivalry with The Weeknd -- who they believe has never even heard of them. "I locked eyes with DJ Khaled at one point," Jack admits. "There was an understanding... I said 'you the best music,' and I pointed at him. He was already walking away so he didn't see me do it, but yeah." 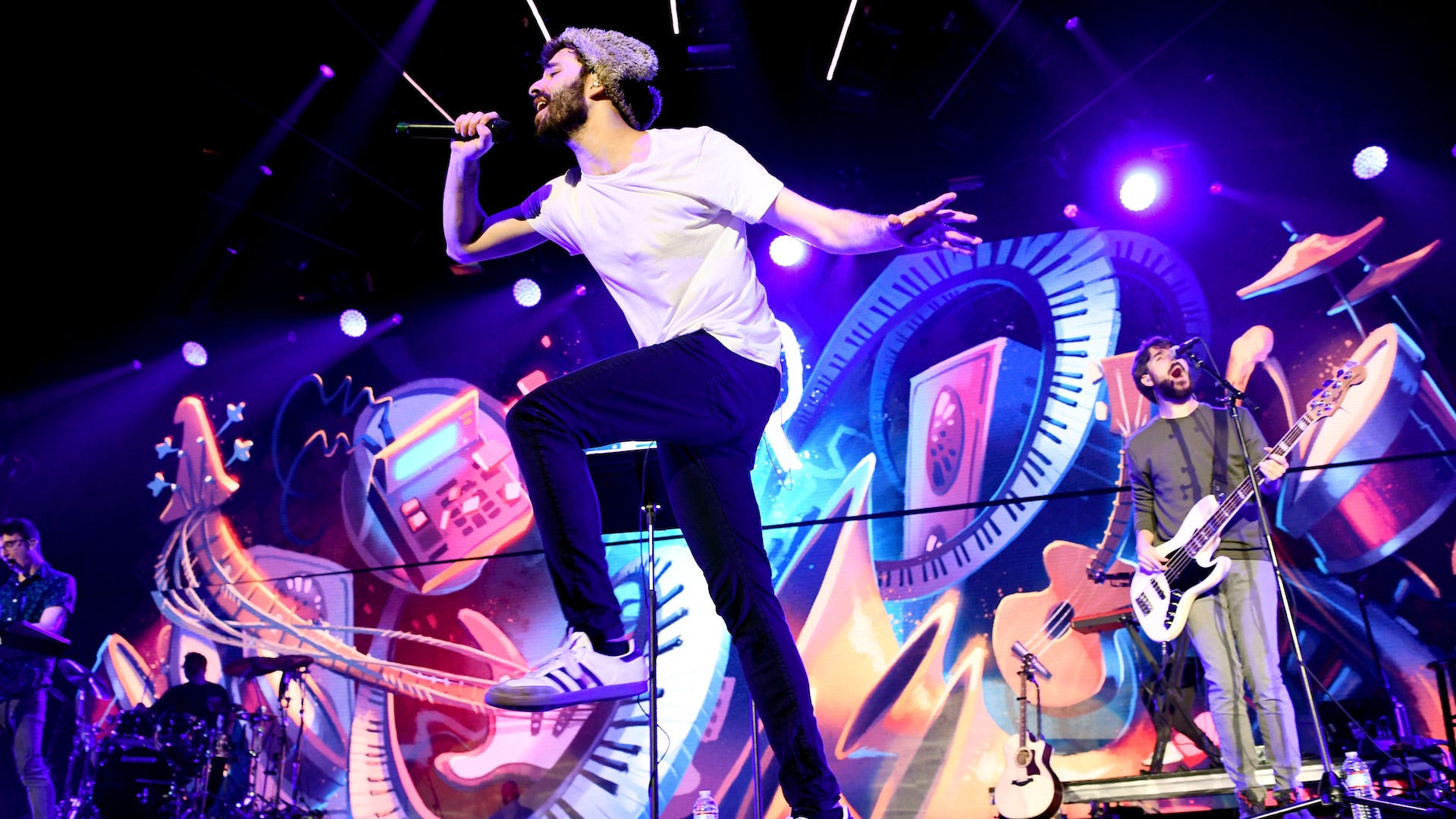 Fresh off the release of their fourth studio album, OK ORCHESTRA, AJR is currently running through a list of live dates through the end of June -- with more surely in the planning stages. Plotting their next course is something that's remained in the band's blood since the beginning, and is what kept them busy throughout the pause in touring. "We were sort of made for something like this," says Jack, "just because it took us such a long time to get anything going in our career in general. We went ten years with no success and it didn't really stop us... so when this happened and everything was getting shut down, it was sort of like, 'Wait, we've been training for this.' We know what this is like. OK, blank slate, what do we do? Let's come up with some cool ideas like the live stream, and let's put out music.' So, it actually worked out well for us, thank God."

Watch AJR's full interview with Megan Holiday, plus their full-band performance featuring the tracks "Sober Up," "Way Less Sad," "Bummerland," "Burn the House Down," and their latest hit, "Bang!" above.