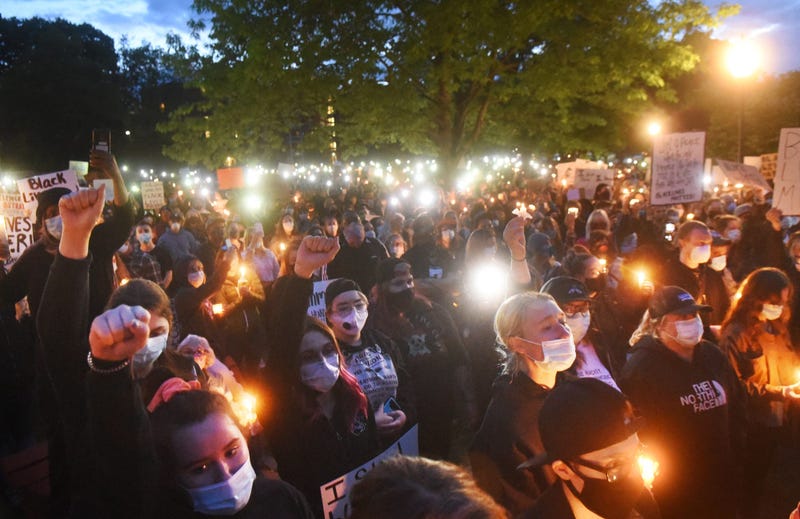 Over 1,000 people showed up at Henry Law Park in Dover in 2020 for Project DREAM's candlelight vigil for George Floyd aimed at stopping the \"violence of police brutality against innocent black lives. Photo credit Deb Cram/Seacoastonline and Fosters.com via Imagn Content Services, LLC
By Lauren Barry, Audacy

Just over one year ago Darnella Frazier – then age 17 – took a video that changed the world. Now, she is being honored with a Pulitzer Prize.

In its announcement Friday of the 105th class of winners, the Pulitzer Prize committee included Frazier as a Special Awards and Citations winner for her footage of former Minneapolis Police officer Derek Chauvin killing George Floyd, an unarmed Black man, last May.

The video shows Chauvin kneeling on Floyd’s neck for more than nine minutes until Floyd’s death. Frazier captured Floyd pleading for his life in his last moments, telling Chauvin that he could not breathe.

The Pulitzer committee decided to honor Frazier “for courageously recording the murder of George Floyd, a video that spurred protests against police brutality around the world, highlighting the crucial role of citizens in journalists' quest for truth and justice." 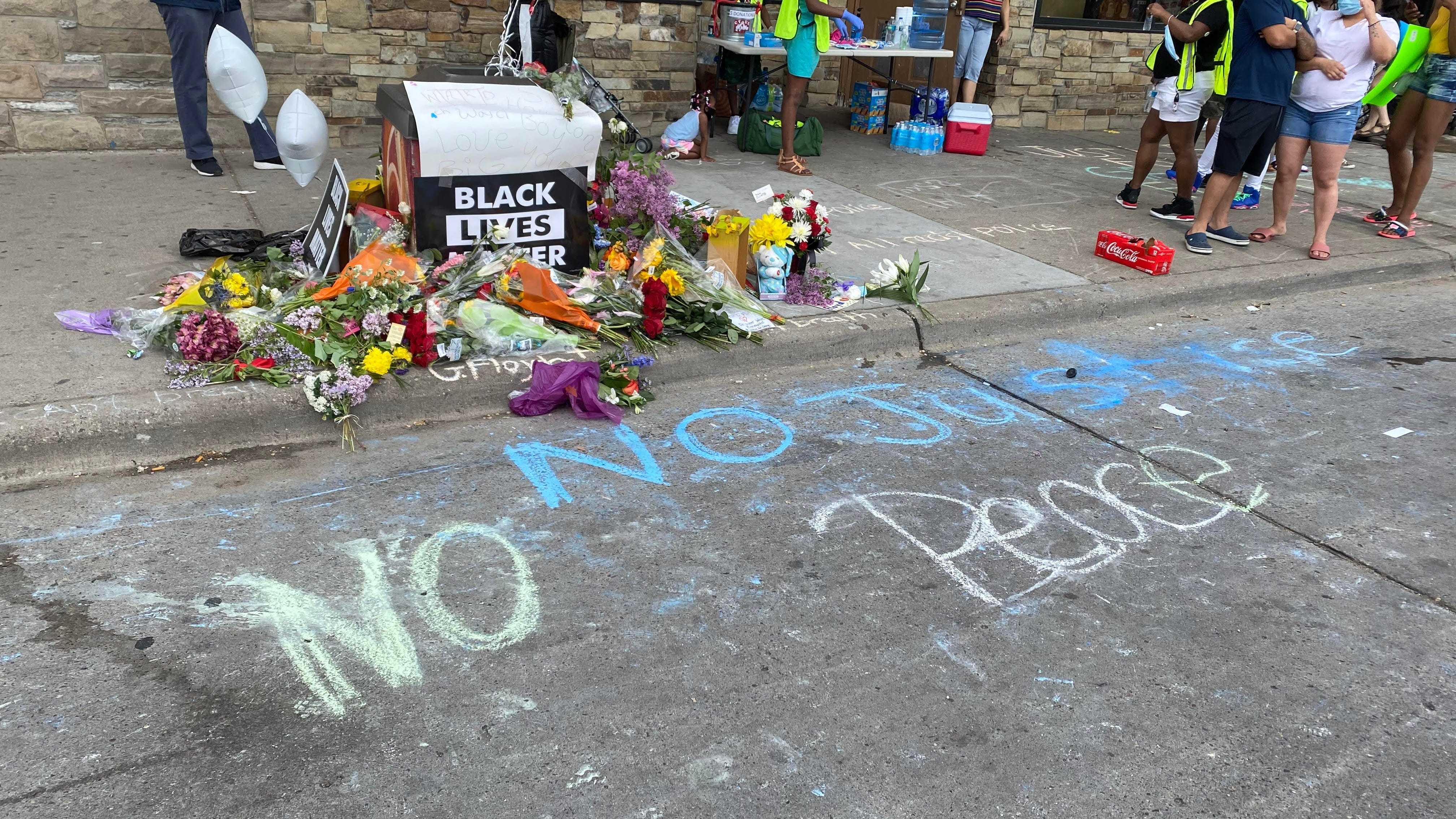 Peaceful protest after death of George Floyd escalates to chaos

Chauvin is expected to be sentenced June 25. His attorneys have requested a new trial. 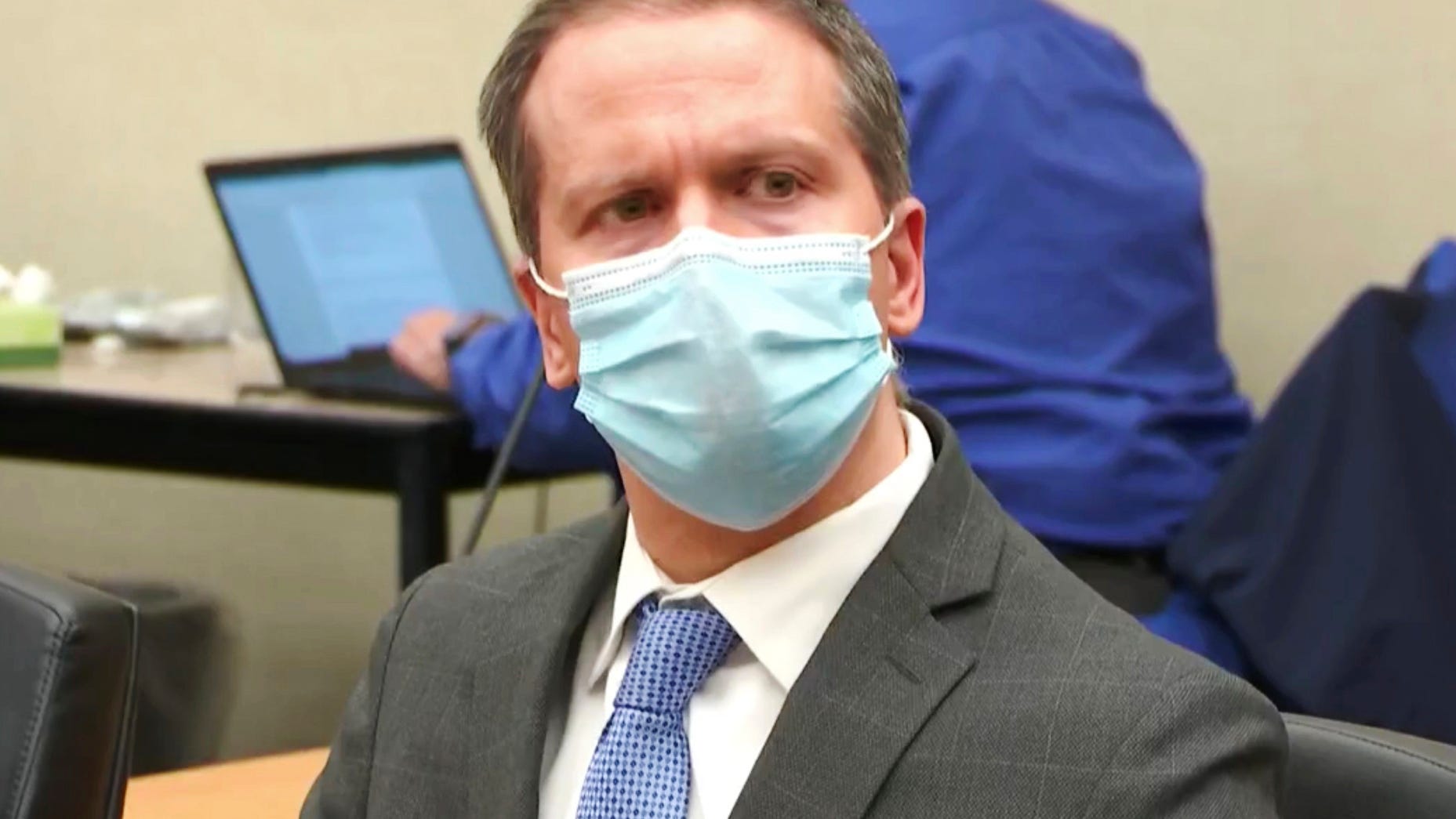 Founded by journalist Joseph Pulitzer in 1904 as part of his will, the annual prizes are intended as an “incentive to excellence” in journalism and other included categories, according to the Pulitzer website.
Winners are selected by a board.

The Pulitzer committee initially intended to announce this year’s winners in April but postponed the announcement to June. Coverage of Floyd’s death by the Star Tribune in Minneapolis also received an award this year, along with other works dealing with race and police brutality.