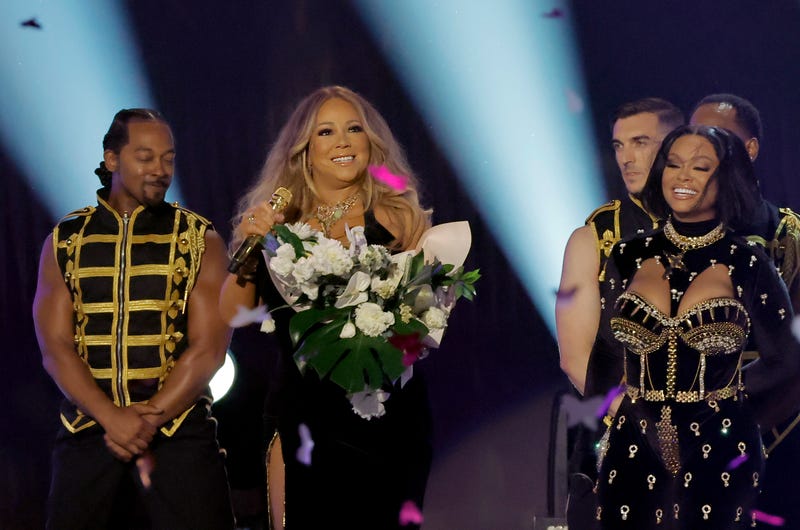 What’s better than one living legend? Several legendary artists! Mariah Carey, Kanye West, Brandy, and Shyne all made surprise appearances at the 2022 BET Awards Sunday night without prior announcement.

First, Brandy performed “First Class” onstage with Jack Harlow, marking their live debut of the song’s unofficial remix. After Brandy showed off her rap skills, the two artists shared a friendly hug towards the end of the song. Last month, Brandy released a freestyle to Harlow’s smash hit following a viral video of the rapper not knowing Brandy and Ray J are siblings during an interview.

Later, Mariah Carey surprised the audience when she performed the “Big Energy” Remix with Latto. The chart-topping song samples Carey's 1995 hit "Fantasy", and the remix was released earlier this year. MC was revealed after her silhouette was positioned center stage, and of course the superstar delivered her signature high notes.

But it was an intro from Ye that was even more surprising. Kanye West made the ultimate surprise appearance for Diddy’s Lifetime Achievement Award speech. West said a few words about his relationship with Combs, before delivering the award along with Babyface. Diddy accepted the biggest award of the night, with a speech dedicated to his loved ones and the Black community.