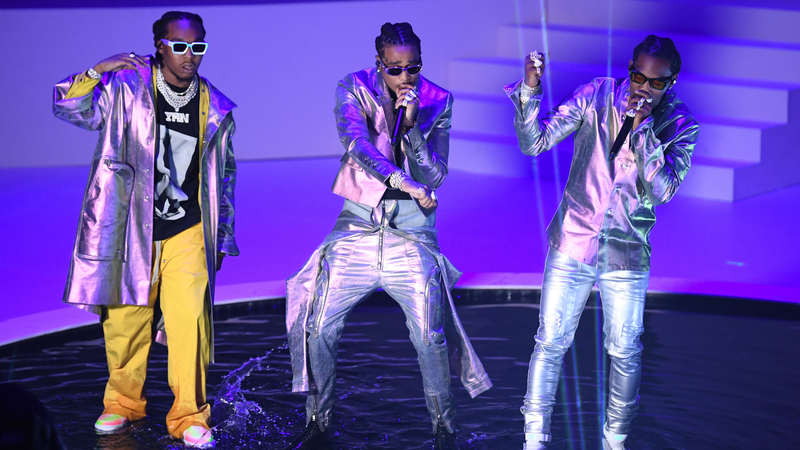 Migos' fourth studio album, Culture III has finally hit the streets. After the success of their album, Culture II, each member used the moment as a catalyst for their individual projects. Quavo released Quavo Huncho in October 2018, and Takeoff followed with The Last Rocket in November 2018. Offset rounded off the solo releases with his LP, Father of Four in early 2019.

Though the first single from the album, "Avalanche" has no features, Culture III has eight features including Cardi B., Drake, Future and more. Out of those eight, find out whose verse we have on repeat.

We're not going to slander anyone, but we simply felt other features hit harder and we'll leave it at that.

7 Drake on "Having Our Way"

Drake may had have his way on this song, but we wasn't having his way with us.

Future slid in and out of this, but our favorite bar is "This s*** making a n**** phenomenal/Put the energy on you, you elеvate."

The best way to describe this is that Migos laid the groundwork, but Pop Smoke scored, especially when he briefly switched up his tone.

3 Justin Bieber on "What You See"

The song as a whole is endearing and Biebs was the icing on the cake.

2 NBA Youngboy on "Need It"

We may have been sitting with this the longest, and don't get us wrong— the collab between NBA Youngboy and Migos had a dynamic execution. However, one new verse slid through to take the top spot for our favorite feature.

"All these verses I done slayed, all these looks that I done gave/
Could have let these f*** h*** drown, but I let them ride my wave..." Enough said.