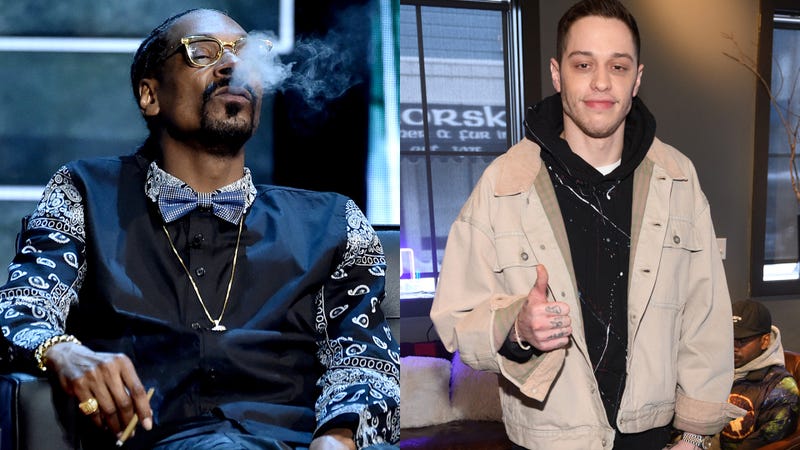 If you engage in a smoke sesh with Snoop Dogg, it may be natural to think there’s a pressure to keep up with him. That’s a tall task for anyone. In reality, the Doggfather will give you a good-natured ribbing if you can’t handle your weed.

Snoop was a guest on E!’s Nightly Pop and recalled the last celebrity he toked up with that couldn't hang with him. Actor and comedian, Pete Davidson.

"The last person I just blew with, I knocked his wig off," Snoop said. "I'm supposed to see him again this week, my good friend Pete Davidson." Snoop also recalled a time when the tables turned and he got too high with another celeb. If you’re thinking “impossible!” Well, there’s only one man that could do this. Willie Nelson.

The two were in Amsterdam together in 2007 performing separate concerts on back-to-back days. It was during their downtime that Snoop admitted he couldn’t keep up. "I had to stop because he was blowing me out of the water as far as performance-wise and ‘performance’-wise," Snoop said.