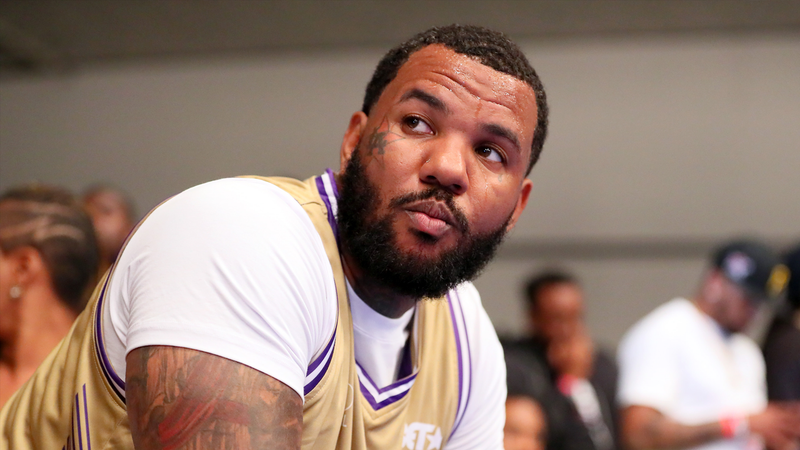 Safe to say The Game isn’t too pleased about how his Father’s Day went down this year. And we know this because he made it apparent on Instagram with a just over 6 minute video.

“It’s the disrespect for me” the rapper captioned his post, additionally adding, “Hoping all the REAL FATHERS out there got blessed & showered with all the LOVE & APPRECIATION they deserved. For the ones that did not, I feel your pain," followed by a broken heart emoji.

“Yesterday, woke up on Father’s Day, and the only person that really acknowledged the fact that I was a father was my oldest son,” The Game revealed. “He got me some cologne, you know, some stuff within his budget, and I thought that was beautiful. I appreciated it. That’s how I raised him, to be humble and always take care of your people when they’re very present.”

Letting his feeling be known, Game noted he received some thoughtful messages from absolute strangers. Saying, “I got a lot of texts from people I barely even know, strangers, some lengthy, some paragraphs.” But it was the ones he takes care of, who dropped the ball and didn’t show him any love on the annual holiday.

But it was “the people that I know personally, that I take care of and look out for on a daily, monthly and yearly basis for years, crickets.” Noting, that those same individuals find time to post on IG for the clout, yet somehow couldn’t find time to put up a simple "Happy Father’s Day" post.

The Game continued, “For Father’s Day, for some reason, across the board overall, it gets a little disrespectful. I’m starting to feel like the deadbeat dads out there. You got fathers out there that are putting in major work, and a holiday comes around for us, and I feel like people don’t give a f*** about it, at least in my life because like yesterday, other than eating with my son, I don’t really have anything to show for Father’s Day.”

Making sure those who did him wrong learn their lesson, Game said the following, “I know who I am as a father. Can't nobody tell me that I'm not the type of father that deserves praise, deserves notice… So today is the day where, if you're in my life and you're close to me and I've done what I've done for you and I've taken care of you and looked after you for several years, and you know that you didn't show up on Father's Day with any type of appreciation, today is the day that I cut you off. It's nothing personal but actions scream louder than words. I'm tired of the disrespect but I've gotta do something about it.”

Mindful of his very public way of addressing these issues, Game explained that while he hates to do so, “there might be other fathers out there who feel unappreciated and might need to know that they're not alone."

Watch his full video above.