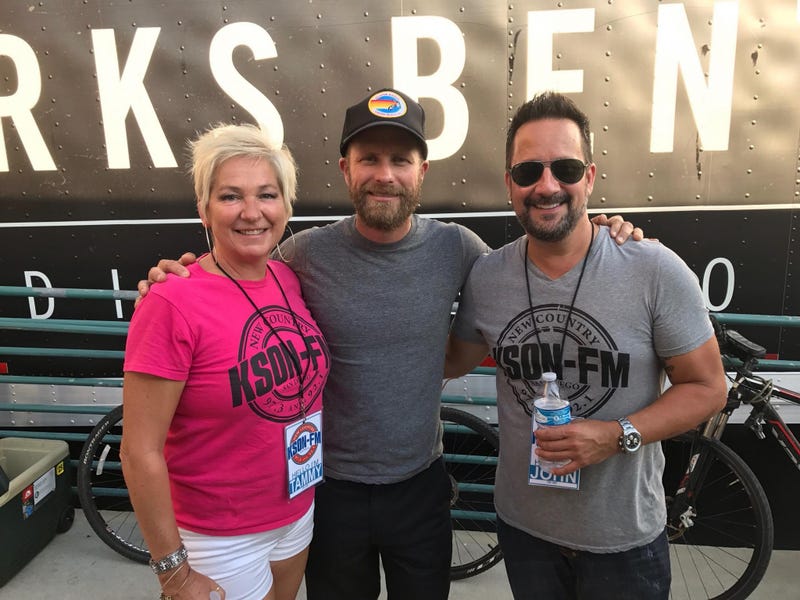 Dierks Bentley knew something wasn’t right when he looked out of the window of his plane late Monday. Bright flashes of lightning lit up an ominous night sky, but what he didn’t realize was that he would narrowly end up missing a tornado that proved to be deadly on the ground.

The “Burning Man” singer talked to John and Tammy about the close call he experienced on a flight from Los Angeles to Nashville. His plane touched down at John C. Tune Airport just before it suffered heavy damage.

“We knew kind of when we took off three hours earlier there was going to be some weather moving in, and as we got closer the sky was just lighting up like flashbulbs – crazy lightning storm,” he said.

“It just looked different. We were videotaping it because it was just so weird. Never thought about a tornado. We snuck in, landed, put the plane away in one of the hangars and an hour later – I didn’t know until the morning, I went to bed. And the next morning I realized an hour later that the whole airport was completely wiped clean.”

Bentley shared video of what he saw in the air and the damage at the airport on social media. He also revealed that his drummer, Steve Misamore, is among those who lost their homes in the tornado.

“I don’t want to say I’m lucky,” he said. “I’m glad we landed when we did. If it had been a half hour later, there might have been some wind shear, some hail or something.”

Dierks noted that no one comes together as a city like Nashville. Dierks talked to John and Tammy about the destruction and how the city is coming together to help those in need.