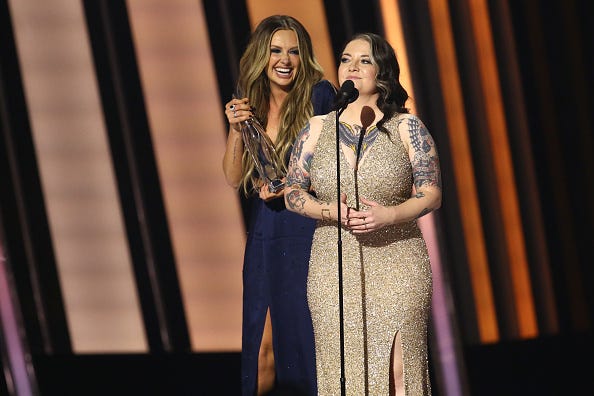 Carly Pearce's latest single, "Never Wanted to Be That Girl," is one she wrote with Ashley McBryde, who sings on the track with her. Like a previous duet of Carly's ("I Hope You're Happy Now," co-written with Luke Combs and performed with Lee Brice), it's poised to become a big hit.

“Ashley and I have always been fans of each other, I think because we’re both kinda cut from the same cloth," Carly explains in a statement from her label. "You can’t listen to somebody sing like that – and I think she’d say the same thing about me – and not think we have some of the same influences and that we are going in the same direction.

"And I just wanted to do something that was a little unexpected, and I didn’t know if she would ever be up for writing," she continues. "[She's] really the only other artist, other than Luke Combs, that I’ve ever asked to write a song with me, and we speak the same country music language.”