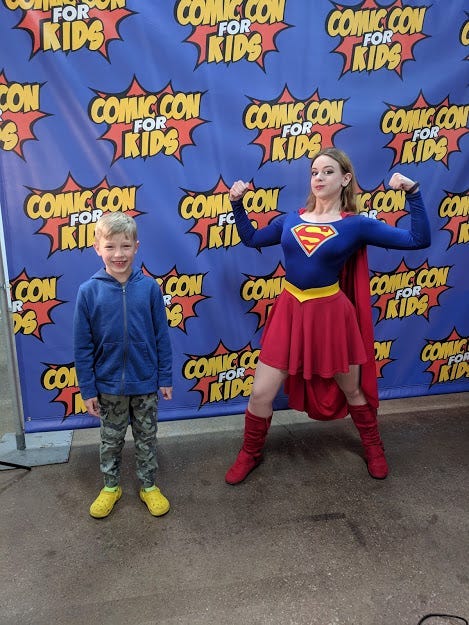 PHILADELPHIA (KYW Newsradio) — Sometimes when you walk into a comic con, the attire isn't exactly kid-friendly.

"There might be people that are dressed in certain ways that you might not want to bring your kids to," said Chad Collins. "There might be a little too much going on for them."

That's why he's bringing his kids to Comic Con for Kids at the Greater Philadelphia Expo Center this weekend — the first-ever event of its kind in the area.

"What we wanted to do was create an event where it's family-friendly," added Collins, who created the event. "Kids really won't have an interest in the voice actor of a Batman cartoon from the '60s. Instead, they want to meet someone like Ali A, who is a prominent Fortnite user today."

And to ease parents' minds, there's an educational component to the weekend, too.

"We talk about STEM a lot, like the science of superheroes, or slime is a real big deal right now — well, how does slime get made? You get to talk with people that have created video games," he said. "You can learn from them."

While the event is geared toward younger ones, Collins said there will be some surprises for parents as well.