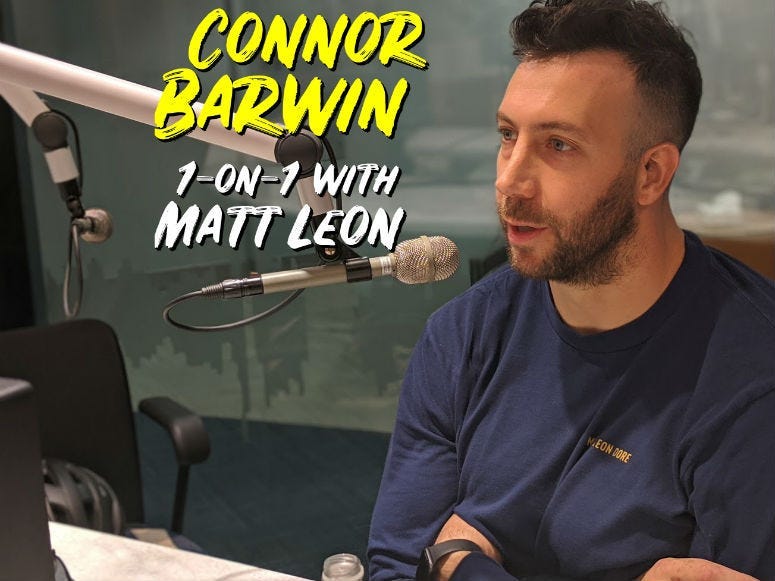 PHILADELPHIA (KYW Newsradio) — Connor Barwin spent 10 years in the NFL as one of the league's best pass rushers, and some of his most successful seasons were spent in Philadelphia with the Eagles.

Barwin had 31 1/2 sacks during his four years playing at the Linc and quickly become one of the most popular Eagles in recent memory.

He talks about some games from his Eagle career that really stand out.

"The snow bowl against the Lions was great. The Cowboys game in Dallas in 2013 where it was like back and forth, back and forth and we won the game there to go to the playoffs. The Giants games, I had a number of big Giants games that were a ton of fun. A fun one was the Jacksonville one where we were down like 20 in the first half, fans were going nuts. I was like, I know we're going to win this game because the Jaguars always lose, and we ended up coming back and winning," he said.

Barwin has also done some extraordinary work through his Make The World Better Foundation, which has helped to revitalize parks and playgrounds across Philadelphia.

Barwin's father spent years as a city manager, which may have influenced his decision to choose this direction for his foundation.

"So I just grew up understanding the importance of public space, green space, parks. Then obviously playing sports my entire life and it having such a big effect on me, it seemed like an area that I wanted to get involved in," he said. "We had no idea it would become what it is. I rode my bike past the first playground and it kind of pulled at me and I decided this is where we would start. It's just been a continuous learning process from the beginning, and now we are on our fourth project, which is a massive project in Grays Ferry, which should be under construction next summer."

You can listen to the entire interview with Connor Barwin below, or subscribe to the KYW Newsradio original podcast 1-on-1 with Matt Leon. Subscribe wherever you get your podcasts.