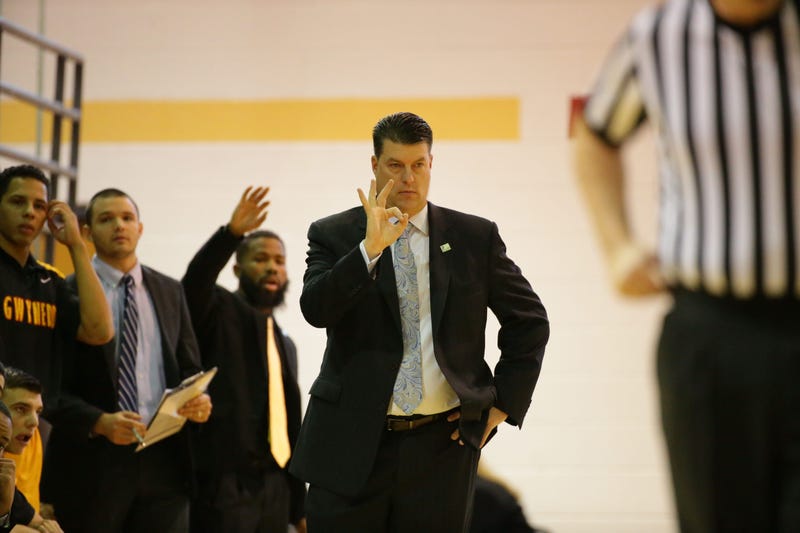 PHILADELPHIA (KYW Newsradio) — John Baron, who has spent the last 18 seasons as the head coach at Division III Gwynedd Mercy University in Lower Gwynedd Township, is one of the Philadelphia area’s top college basketball coaches.

Baron grew up in Philadelphia and really knows just how special basketball in the city is.

“My playground had some awesome guys. (La Salle University legends) Lionel Simmons and Tim Legler are about three or four years older than me. La Salle and Temple are near where I grew up. Jason Lawson, who played at Villanova, played at my playground. Cuttino Mobley, who was two years younger, (Mobley) wasn’t even good enough to play in seventh and eighth grade, next thing you know he’s like some star, where’d this guy come from, was a longtime NBA player.

He said he didn't understand how "fortunate" he was to have the chance to be around this many basketball players until later.

"Then as I got older into coaching I realized how fortunate I was to be in an area where all the guys went to B&O Playground, Ziehler Playground,” he said.

He’s won 340 games with the Griffins and has taken Gwynedd Mercy to the Division III NCAA Tournament six times.

But he said he realized early in his head coaching career that the job was about more than just winning.

“The idea that really changed my life was in my fourth year, when my first player invited me to his wedding and (my) first group of players started to have kids. Then I realized that this wasn’t a four-year commitment, it was a forever commitment, and I use that line all the time, that this isn’t a four-year commitment, it’s going to be forever. That really started to change my outlook on how we were going to recruit and how we were going to present what we want our program to be,” he explained.

You can listen to the entire interview with John Baron by checking out the latest episode of the KYW Newsradio original podcast 1-on-1 with Matt Leon. Subscribe wherever you get your podcasts.
You can follow him on Twitter @Mattleon1060.