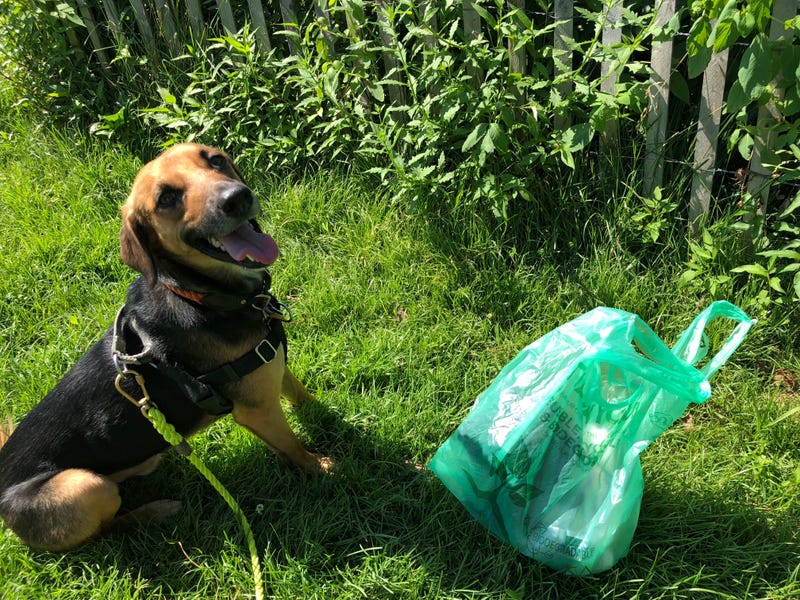 PHILADELPHIA (KYW Newsradio) — The Seger Park Dog Run in Philadelphia's Washington Square West neighborhood is a treasure for the community's dog families. Meticulously maintained by a well-organized volunteer association, it's the home of pup-friendly seasonal events such as Howl-o-ween and Santa Paws and currently, weekly Woofstock live-music concerts Tuesday evenings that feature beer and spritzers for adult bipeds and pupsicles for their four-legged pals.

The Seger Park Dog Owners Association’s primary mission is to maintain the dog run – keeping poop bags stocked, trash bins emptied, wood chips replaced, water fountains flowing – but it’s also looking beyond its fences to the litter problem on streets all around it.

"Pet owners are for the most part doing their best to clean up after their dog," said SPDOA President Andrew Freedman, who's urging pet owners to bring an extra bag to grab some litter while walking their pooch. "They’re picking up poop so how awful can it be to pick up some trash?"

SPDOA has put together a detailed plan to put poop bag dispensers and litter bag holders in their Wash West neighborhood and are pursuing a meeting with their Civic Association and Councilman Mark Squilla to get their support.

Cleaner streets are an immediate benefit to dogs, who are prone to some nasty illnesses that can come with nibbling rubbish.

"Dogs love to sniff litter on the street and often times will try to eat trash and food scraps on their walks," said SPDOA social media director Colleen O’Rourke. "Ingesting foods that are inherently toxic to dogs or dangerous scraps which can perforate a dog’s intestines can result in costly visits to the vet. When the streets are clean, our dogs are less distracted and dog parents can enjoy stress-free time together with their pups."

Trash PAWtrol participants can earn gift certificates from supporting businesses and organizations (and yes, they're always welcoming more help!) along with the warm fuzzy of making their neighborhood safer for their fuzzy family members.

"Picking up a few pieces of litter is instantly gratifying and can make a big difference in the appearance of your block," Colleen said. "When people know they’re not alone in their efforts, they're more willing to keep it up. That's the big reason we're trying to spread the word about Trash PAWtrol and make litter clean-up a daily habit in Philly."