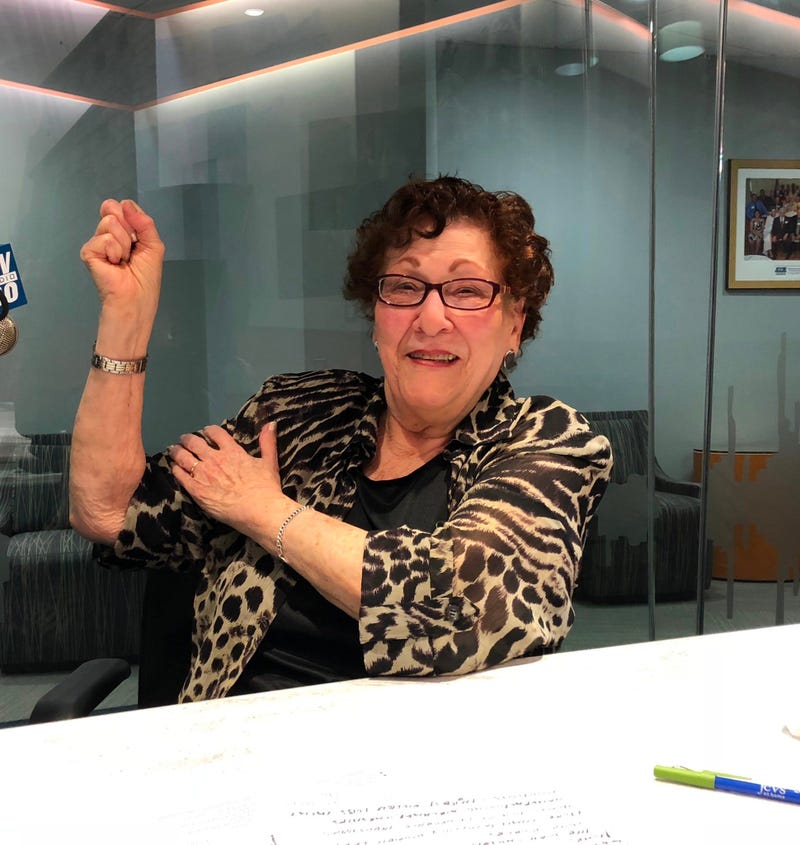 By Charlotte Reese
PHILADELPHIA (KYW Newsradio) — By now, you know the story of Rosie the Riveter. But more than half of "Rosies" providing a helping hand to the war effort were actually not riveters.

Robbins and thousands of other women worked jobs traditionally held by men during World War II. She started working at the Philadelphia Navy Yard at just 17 years old.

But when Robbins was a student at Olney High School, she was rushing things. She convinced her teachers to help her get a job at the Navy Yard before she was of legal age.

Shelengian and Robbins held those jobs until the war ended. Then, “we were all let go — I don't think anybody cared. I know I didn't care.”

Both women later married servicemen and settled into the Philadelphia area to raise their families. Shelengian went on to learn secretarial work, and "life went on," she said. Robbins started a career in aerial map-making because she could read blueprints in a unique way.

But they're both found a way to stay connected to the Rosie movement. Both women and hundreds of others are involved in the American Rosie Movement, or ARM, which aims to reunite Rosies from across the country and share their stories.

“We should know what women did at that time,” Shelengian explained. “Really, the women contributed a great deal.”

To hear more about ARM and Robbins' and Shelengian’s stories, download the KYW Newsradio original podcast Scroll Down.