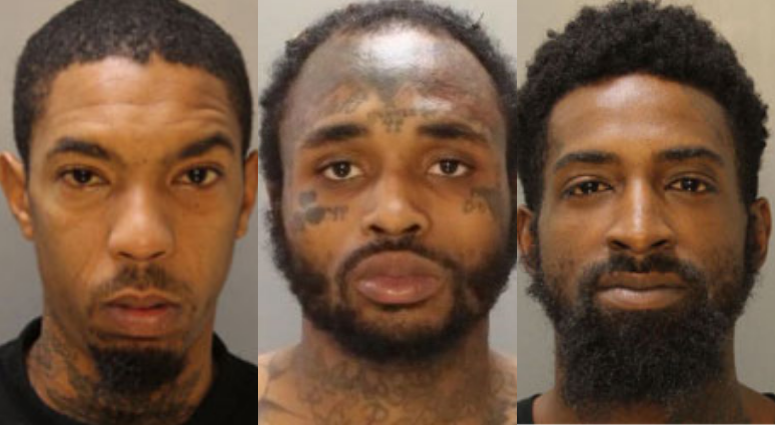 PHILADELPHIA (KYW Newsradio) — Two suspects, who detectives were searching for in connection with the shooting death of a 7-year-old in West Philadelphia, turned themselves in on Thursday. In all, three men have been charged with murder for the child's death.

Michael Banks, 30, has been charged with murder for the death of 7-year-old Zamar Jones, who was caught in crossfire Saturday night while he was playing on his front porch along Simpson Street near Race Street. Authorities say three men were involved in the shooting.

Christopher Linder, 27, was charged with murder earlier this week. Authorities say he was the one who fired the first shots.

The men ran from the scene, officials say, but Linder eventually came back to the block for his truck. Neighbors then pointed him out to police, who arrested him.

Damar Bashier Jones, also 27, turned himself in Thursday afternoon and was charged with murder. He is unrelated to Zamar.

#Breaking: 3rd suspect in shooting death of 7yo has surrendered. Damar Jones expected to be charged with murder — @KYWNewsradio (told detectives don’t believe the 2 are related) https://t.co/dJynwjmz1D

Zamar, who was shot in the head, died Monday afternoon.

Banks was arraigned around 1 a.m. Thursday, after he turned himself in on Wednesday. He is also charged with gun-related offenses.

Before turning himself in, sources say Damar Bashier Jones posted on Facebook about the incident, denying he shot Zamar. He said he and Banks don’t look for trouble, and he feels sick about the boy’s death, as he has a child of his own. He ended his message with #RIPLILDUDE.