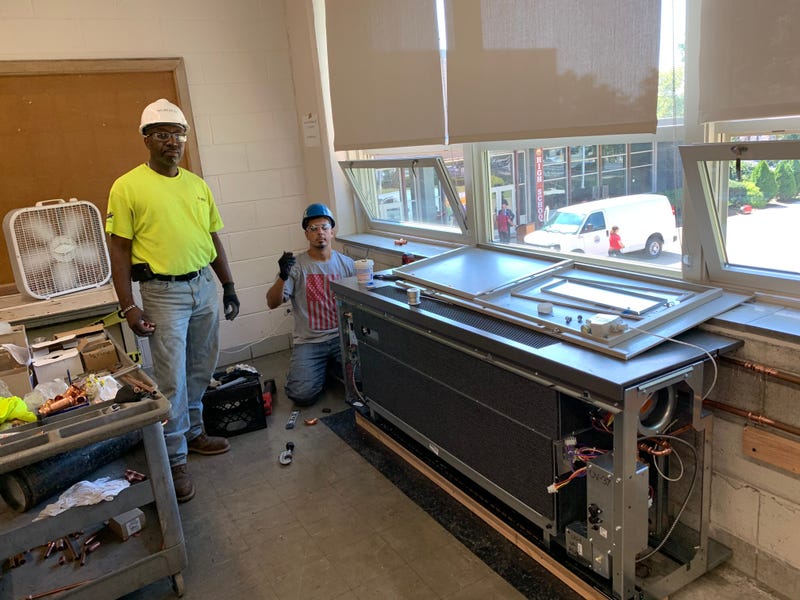 PHILADELPHIA (KYW Newsradio) — The second year of Philadelphia's clean energy campaign has helped create more jobs and improve the learning environment at a few Philly schools, according to city officials.

At Northeast High School, crews are installing energy-efficient windows and upgrading the lighting system, which senses how much natural light there is and dims accordingly. It's part of an energy makeover at Northeast, Walter B. Saul and Strawberry Mansion high schools.

Superintendent William Hite said the pilot program with the Philadelphia Energy Authority has cut utility usage by 38 percent at those schools, saving $375,000.

"Not only is it just about the cost, but it's also about making these facilities more bright, more modern, more conducive to creating good educational environments," he said.

PEA's Philadelphia Energy Campaign is a $1 billion investment in citywide projects, in the hopes to create energy efficiencies and 10,000 jobs by 2026.

The energy-efficient makeovers at the three high schools is a $23 million project within PEA's campaign.

Northeast Principal Omar Crowder looks forward to seeing the results of these upgrades.

"To be able to see the way in which kids are reacting and responding," he added. "It's really, really big for our kids to feel comfortable."

The School District of Philadelphia will also announce a new three-year solar career track on Friday, according to Hite, which will be added to its career and technical education program.