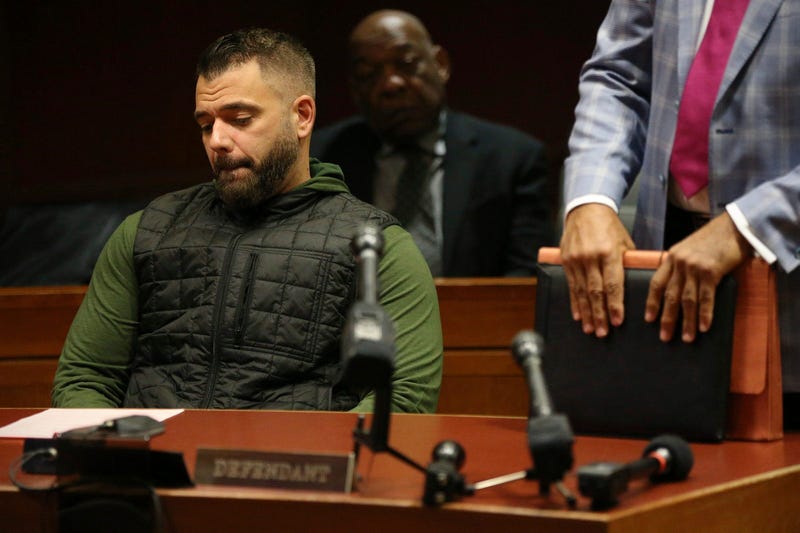 MOUNT HOLLY, N.J. (KYW Newsradio) — The third and final defendant in the phony feel-good scam has admitted to his role in the GoFundMe hoax in Burlington County court on Friday.

Mark D’Amico has pleaded guilty to what his defense counsel, Mark Davis, says is his limited role in the affair, which ripped off $400,000 from thousands of generous people who thought he and his then-girlfriend were helping homeless veteran Johnny Bobbitt.

Mark D’Amico and Kate McClure made up a phony story in 2017 about Bobbitt giving McClure $20 to help after her car ran out of gas in Philadelphia. The group solicited donations through GoFundMe, purportedly to help Bobbitt.

After the fundraiser went viral, Bobbitt sued the couple for allegedly not giving him the money. Authorities investigated and revealed it to be a scam.

“We pled guilty to misapplying funds that Mark was holding for Bobbitt,” Davis said. “That’s what he did.”

GoFundMe said the money has been returned to donors.

Bobbitt and McClure have already pleaded guilty to federal and state charges for their roles in the scheme. D’Amico could get up to five years in prison but may only serve a five to seven months if accepted into an aggressive probation program.

All that will wait, though, since D’Amico still faces federal charges of wire fraud and money laundering in the case.

Davis expects there will be a trial on that front, but not before next summer, at the earliest.

Burlington County prosecutor Scott Coffina added in a statement: "We are pleased that this defendant accepted responsibility for his role in this scam. ... Today’s proceeding presents an opportunity to remind the public during the holidays to be cautious when considering making a charitable contribution. Do your research, and make sure you are donating to a worthwhile cause."