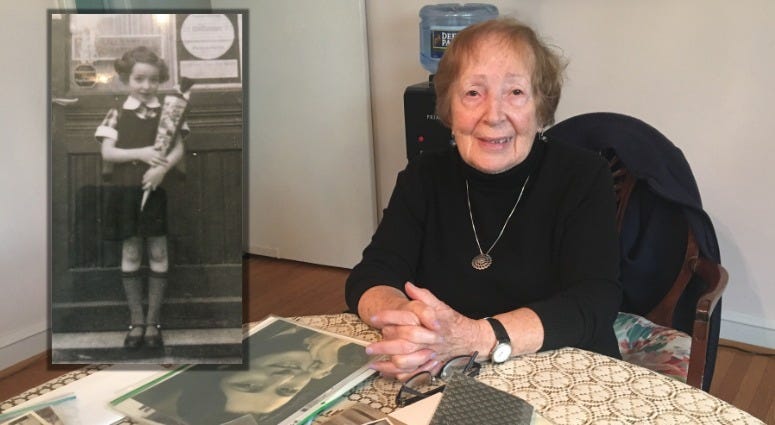 PHILADELPHIA (KYW Newsradio) — Monday is the 80th anniversary of the day the St. Louis ship left Germany in 1939, only to return to Europe a month later when no country would accept a boat of Jewish refugees.

Ronnie Breslow of Elkins Park was an 8-year-old passenger on the St. Louis in 1939. She and her mother were trying to meet up with Ronnie's father, who had managed to travel from Germany to Cuba and then to America a little earlier.

All of the 1,000 passengers were Jews with proper documentation trying to get out of Nazi Germany.

"But when we reached our destination, the Cuban government would not let us enter and nobody cared in the world. Everybody knew it," Breslow said.

Ronnie Breslow who survived the #StLouisVoyage in 1939 shows me her Holocaust Era documents. More @KYWNewsradio pic.twitter.com/yBwxkX3ZyM

Breslow says the captain reached out to President  Franklin D. Roosevelt to try and detour to Miami.

"The orders from the president were to get the ship out of American waters, so we began to circle the Atlantic Ocean, and the captain's trying to find a place for us to go," she said.

Eventually, passengers were allowed to choose if they wanted to return to England, Holland, Belgium or France, where about half of the passengers ended up getting murdered by the Nazis.

"We were very lucky that dad came to America and sent us the proper papers to leave. The rest of the passengers, most of them, went to the Westerbork concentration camp," Breslow explained.