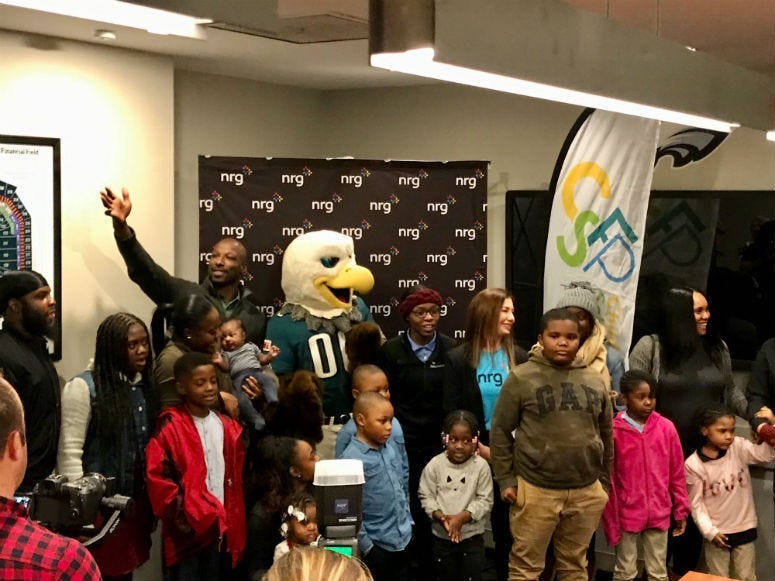 PHILADELPHIA (KYW Newsradio) — Several families showed up to Lincoln Financial Field on Thursday for what they thought was only an interview for a tuition scholarship followed by a holiday party, but they were in for a big surprise.

"I was surprised because I thought it was a Christmas Party, and when they said she was awarded a scholarship I was like," Necol Millsip gasped in excitement.

She was one of the dozens who came out to learn of their new luck.

Each family in attendance learned that they won a lottery for a four-year scholarship for their kids to attend grade school.

Nigeria Rogers of Southwest Philadelphia is a mother of four, and says her oldest son is autistic and she's excited to be able to put him in the healthy school environment he needs.

"I'm so excited to be able to provide my kids with a better education, so that they can grow up and go to college as well and be successful," she said.

Out of the several thousand applications, about 2,000 families are chosen. NRG's Dave Schrader says they're happy to help the Children's Scholarship Fund Philadelphia to make sure kids get the best education possible.

"Every opportunity and every chance to improve the access to education and good education for children is something we want to be a part of," he said.

A team of volunteers from NRG and a couple of special guests from the Eagles spent the rest of the evening calling out the other hundreds of families who also won.

Another scholarship drawing will happen in March, and applications for that are still being accepted.