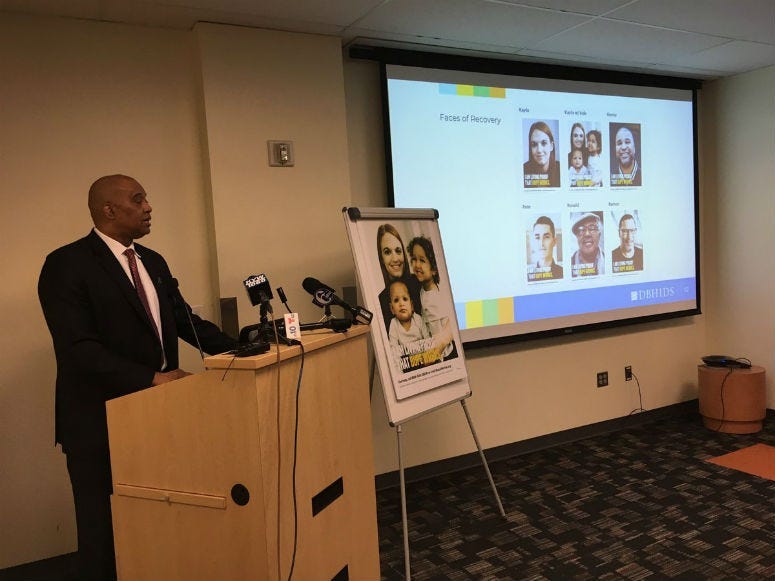 PHILADELPHIA (KYW Newsradio) — Advertising has proven effective at getting people to consume things. But will it work to get people to stop consuming drugs? Philadelphia health officials are hoping the answer is yes.

Officials have launched an ad campaign proclaiming "BUPE works." BUPE, or buprenorphine, is medically assisted treatment for addiction and the target audience is drug users who are ready to give it a try.

It's the latest strategy to combat the opioid epidemic.

READ: Shoot For Recovery: Raising money for those struggling with opioids

Ronald McAdams is one of the people who tells their story in the new ad campaign. The hope is that drug users on the edge, who want to quit, will see themselves in one of them and be convinced to enter treatment.

McAdams attended the ad launch to underscore the message.

"Let 'em know they don't have to get to my age to get their life together. I always wanted to be somebody, just to be productive, but when that disease has you, I don't care, it comes first. But I have a sense of freedom now," McAdams said, for which he thanks his medically assisted treatment.

He adds the city has 3,000 open slots for medically assisted treatment, so if the ad catches someone at the right moment, they'll be able to enter treatment immediately.