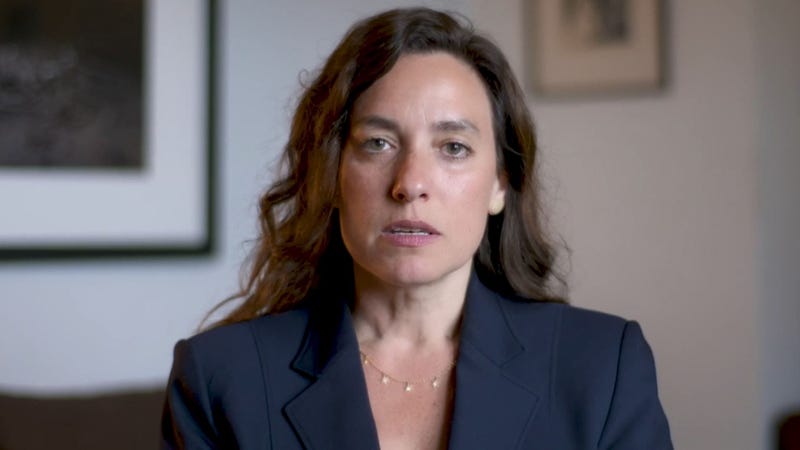 PHILADELPHIA (KYW Newsradio) — When parents get divorced, the fight over who gets custody of the kids can turn ugly. The ugliest cases are those in which a parent is accused of abuse. In a majority of those cases, the kids are awarded to the accused abuser.

A child advocate from Philadelphia is on a mission to change that.

Five mothers from different parts of Pennsylvania, who all thought they could rely on the family court system to protect their children — only to find themselves in another kind of hell — have all agreed to share their stories in a documentary being produced by Danielle Pollack, a child safety advocate with non-profit Child USA in Philadelphia.

Their stories are horrifying.

"My 7-year-old daughter was brutally murdered by her father in August of 2018 after a very long court battle," said one of the mothers in the documentary, Kathy Sherlock, the mother of Kayden Mancuso, who was murdered by her father during an unsupervised visit. "Not one person ever listened to anything that I ever had to say. His parental rights superseded her right to live."

"It doesn't matter that there are wounds on the inside of her thighs that are ridiculously concerning, and she states openly that they're from playing the game with daddy," said Jodi, another mother featured in the documentary.

"Jake disclosed that he was sexually abused by his dad from the ages of 5 to about 10, and now the courts don't believe him," said Kara, another such mother.

"He had no care or concern or compassion when he pointed a high-powered hunting rifle at my head and then threatened to blow my daughter's off in front of his parents," said Danielle, another mother in the film. "But let's — let's give him custody of two small children because that is in their best interest."

Most of them have lost part or all of their custody to a parent they or their kids have accused of being abusive. In some of the cases, the abuse is documented.

"They played a 35-minute forensic investigative tape of my then-5-year-old ... as he talked for 35 minutes about daddy hurting everyone," says Jodi in the documentary.

And some of them have been threatened with arrest or thrown in jail for refusing to comply with their custody orders.

When the father is accused of abuse, the court sides with him about 80% of the time

She says she can't always know if the women who talk to her are telling the truth.

"You don't always, of course," she said, "but their stories are so similar, and there's also a real urgency none of them have come to me they come to me desperate. They are absolutely terrified for their child's safety."

The George Washington Law School has just released the results of the first ever national study of child custody outcomes in cases involving child abuse allegations. The researchers looked at more than 4,000 cases. They found that when mothers and children accuse the father of child abuse or sexual abuse, the court sides with the father about 80% of the time.

Why are courts so disinclined to believe a preferred parent or protective parent who is making an abuse allegation?

"I think it goes back to this concept of contentious custody. And that it's the children are essentially property from a legal point of view," said Pollack.

"The end result is so often that the child does have to go to an abusing parent, a parent who's hurting them, a parent they're scared of, because the courts tend to supplant child safety with the parental rights," said Pollack.

Pollack is behind legislation to expand the statute of limitations for adult victims of child sex abuse. And she is pushing to reform the family court system with Kayden's Law, named for 7-year-old Kayden Mancuso. The reform bill calls for mandatory abuse training for family court judges and staff.

She plans to play a clip of the documentary during a legislative hearing on the bill Thursday afternoon.