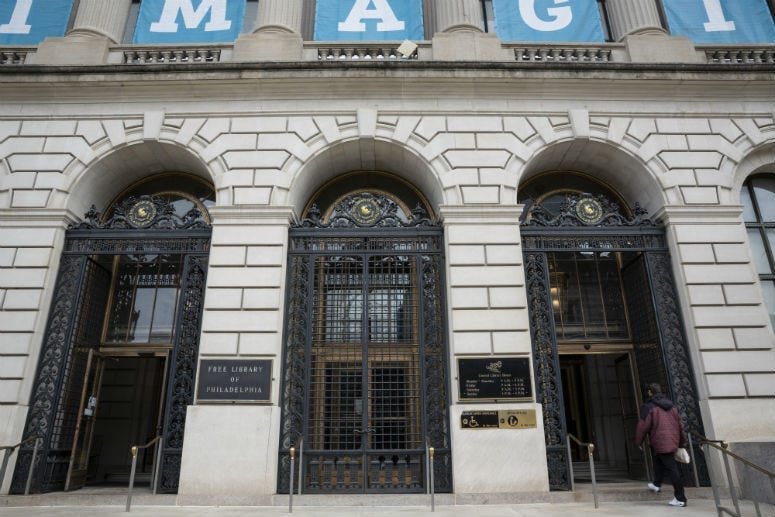 PHILADELPHIA (KYW Newsradio) — Supporters of Philadelphia's Free Library system are already gearing up for this year's budget battle. They want more money for the city's library branches, but last year's offensive had only modest success.

The "Friends" of various branches staged their first City Hall rally this week — 10 days before Mayor Jim Kenney presents his budget to City Council — giving a clear indication they intend to pursue a similar strategy to last budget season with relentless protests and demands for more funding.

And they have a vision: a budget like the one they had before the recession, six-day service at all of the 54 branches, full staff to guarantee on-time openings, clean buildings in good repair, and funding for robust programming and supplies.

"Give us the money we need. We just want to do better for the city," said Julio Plaza, a Friend of the Kensington Library.

Like other advocates, he complains that understaffing and other operational shortages weakens the branches and, in turn, the communities they're in.