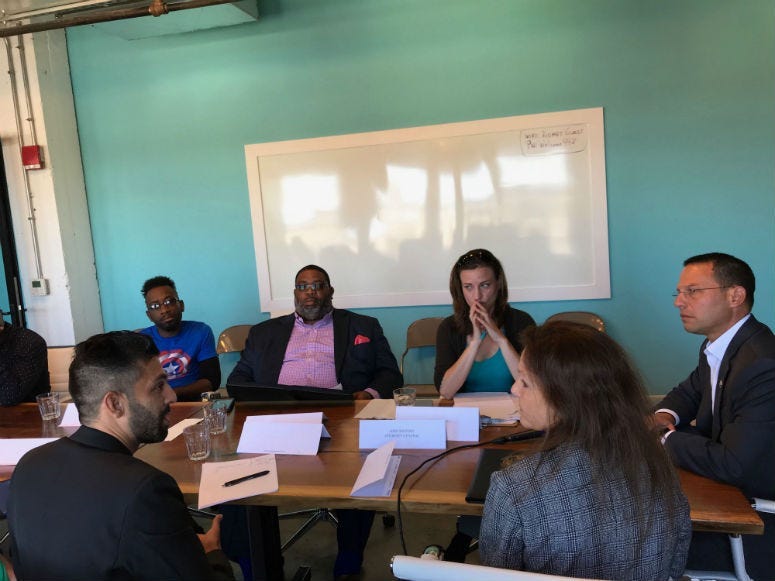 Chris White has a few part-time hotel jobs, but he's been driving for Uber for years, working almost every day to pay bills for his family.

He's been sideswiped while working, and Uber doesn't let you drive unless the repairs are made.

"I had to spend at least $100 to get that fixed, Uber didn't pay for that. That came out of my pocket. My insurance rates are a little bit higher, I'm paying 100%. There is a profit there but it's minimum. In some cases, it's almost like you're paying to work," he said.

Drivers talked about disappearing tips, safety issues and being deactivated because of a complaint, which Uber offers no due process.

"As a woman, I have people leaning over the back seat to touch me without consent, calling me vulgar names, racial slurs, offering me 'will you have sex with me for money?' It's scary!" said Stephanie Farferra, a single mom and widow who drives for Uber at night.

They also talked about how the bill legislating Uber does not address those issues.

The drivers also told Shapiro about tips that they never got and fares that barely cover the cost of gas.

Uber just let 100 drivers go because the company changed the make and model that could be used for Uber Black, and drivers have no recourse.

"Every time we got into the problems and we tried talking to the Uber, we went to Uber office, and met with manager or general manager, we never got a response back," said Ali Razak, an Uber driver in Philly.

Shapiro, who is meeting with an Uber executive later this week and plans to bring up these issues, said it's time to lean on sympathetic lawmakers.

"Part of this process that we can work on together, how can we go back to the legislature, now that this system has been in place for a few years and say 'These are a few things that we have to correct,'" Shapiro said.