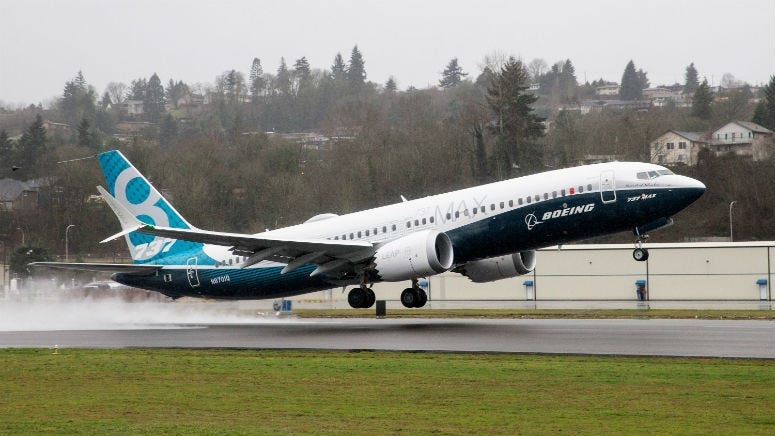 By David Goldman, CNN Business
(CNN) -- High fuel prices, an international trade war, and the 737 Max grounding are adding up to a miserable 2019 for the airline industry. Airlines are bracing for their worst year since 2014.

The aviation industry expects to earn $28 billion in profit this year, according to a forecast released Sunday by the International Air Transport Association, a global trade group representing 290 airlines. That income outlook is 21% lower than the association's previous 2019 forecast, which it issued in December. It would be the lowest profit the industry has recorded in five years.

"The business environment for airlines has deteriorated with rising fuel prices and a substantial weakening of world trade," the group said in a statement. "Margins are being squeezed by rising costs right across the board."

IATA expects airlines' costs to grow 7.4% this year, outpacing the 6.5% anticipated growth in sales. That means airlines will make about 11% less on each passenger in 2019 than they made in 2018.

Oil prices, which have risen in recent months as tensions escalate between the United States, Iran and Venezuela, are a big factor in airlines' doom-and-gloom attitude about 2019. Jet fuel accounts to a quarter of airlines' operating costs, and IATA said jet fuel will cost 27.5% more this year than it did two years ago.

Rising trade tensions aren't helping either. They will most directly hurt the cargo industry, although passenger traffic could fall as people reconsider vacations to some locations and as consumers spend more money on imports.

IATA expects that growth in cargo demand will slow substantially. Growth in passenger demand for air travel will slow a bit too, although far less dramatically than cargo.

"There is no easy money to be made," said Alexandre de Juniac, IATA's CEO, in a statement.

Although the industry didn't mention the 737 Max in its forecast, Boeing's grounded plane remains one of the industry's most important. Airlines continue to deal with canceled flights because they don't have their entire fleets available to them. That remains another factor in airlines' pinched profits. Boeing has said it would compensate airlines for some of their expenditures because of the grounding.

IATA noted that the aviation industry is still in good shape. It is set to record its 10th-consecutive profitable year, and airlines have "broken the boom-and-bust cycle" that characterized their businesses for decades. Airlines have consolidated, the global economy has been strong and demand for air travel has been consistently high in recent years.

Yet the industry cautioned that investors need to prepare themselves for rockier times ahead.

"A downturn in the trading environment no longer plunges the industry into a deep crisis," de Juniac said. "But under current circumstances, the great achievement of the industry — creating value for investors with normal levels of profitability — is at risk."