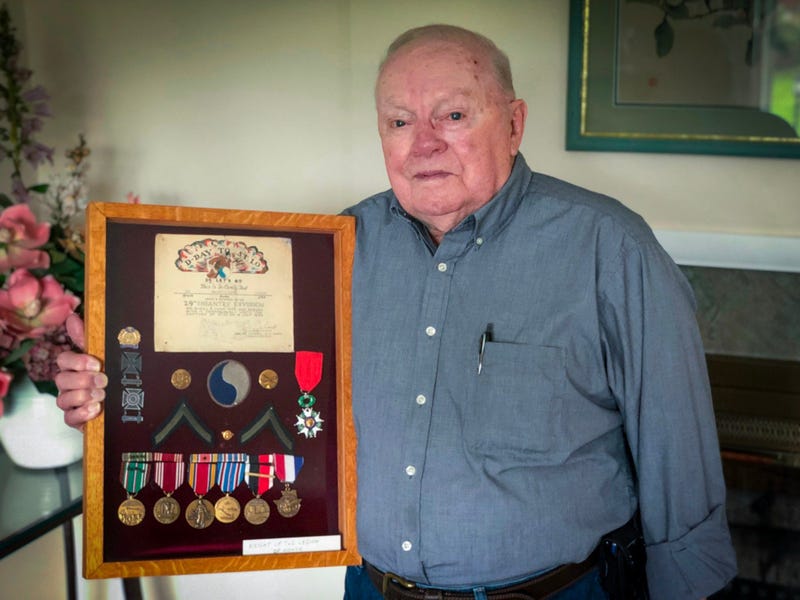 PHILADELPHIA (KYW Newsradio) — At dawn on June 6, 1944, and throughout D-Day, more than 160,000 Allied troops stormed Nazi-occupied France. Normandy's Omaha Beach saw the heaviest losses suffered by American forces. But their sacrifice marked the beginning of the end of World War II.

"I couldn't wait to get off the beach," remembers Kenneth Happel.

"These big cannons would all land at one time, like a rolling barrage."

Drafted into the Army in 1943, he turned 19 during the bitter Battle of Saint-Lô. The town took such a pounding, it earned the name "capital of ruins."

"Bombers used to come over in formation," he said. "When they dropped their bombs — boy, the Earth would really shake. It was pure hell."

War is a dehumanizing force. You'd probably forgive Pfc. Happel for ignoring a plea from a wounded German soldier, asking to bum a smoke. But that's not how his history is written.

Happel, who lives in Upper Macungie Township — not far from where he grew up in Allentown — keeps the sterling silver treasure close by today.

But that day, in a hospital in Brest, France, both men recovered a piece of themselves thought lost to the grim reality of battle.

It's something he's reminded of every time he holds that pocket watch; every time someone takes a second out of their day to show their appreciation for veterans.

"People come up, shake my hand, say 'thank you for your service.' But the guys who deserve all the credit are the ones who are buried over there."