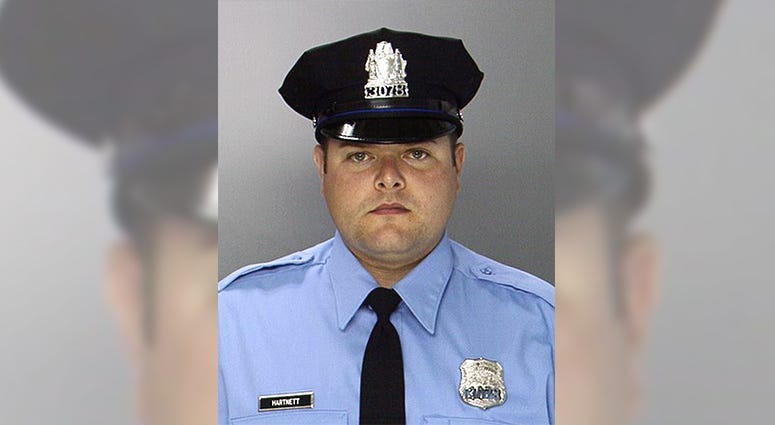 He was ambushed while on duty, shot three times in his arm at point blank range while in his patrol car.

He's had eleven surgeries since then.

On July 28, Hartnett will push himself harder than he has since his injury occurred when he takes part in the Ben to the Shore Bike Tour (formally known as the Tour de Shore).

"I think this well help me mentally," he told KYW Newsradio. "Just because something like (my injury) happened it doesn't have to stop me."

The Ben to the Shore is a 65-mile bike ride from Philadelphia to Atlantic City that raises money for families of fallen or severely injured police officers.

The charity is one reason Hartnett said he wants to ride.

"I really gauged an interest in what they're doing and wanted to help myself being an officer who was severely injured," he said.

But that isn't the only reason he's participating.

"I hope that I can be an inspiration for anybody who has received a traumatic type of injury, especially a limb," added Hartnett.

There's no guarantee Hartnett will be able to finish this ride, he knows that. But if all goes well, he said he'd like to take part in an even bigger bike ride that happens each year during Police Week from New Jersey to Washington D.C.

Hartnett will be one of over 2,500 riders in the Ben to the Shore. He'll be joined by some of his fellow officers on his team.

You can learn more about the ride here.