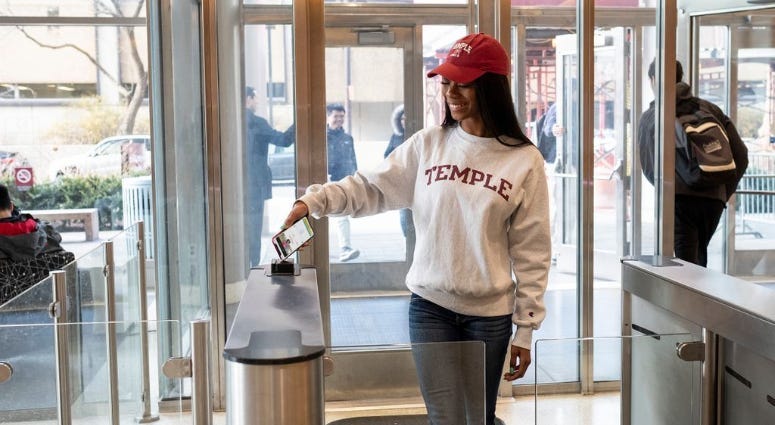 PHILADELPHIA (KYW Newsradio) — Temple University has become one of the first schools to test tech from Apple that aims to make the plastic campus access card a thing of the past.

During the lunch rush at the Howard Gittis Student Center, buying a burger or scoring a salad used to require a swipe of the student ID OWLcard.

"Instead of needing to use their card on campus, they can use their phone," said Scott Brannan, director of the OWLcard Office.

With a mobile OWLcard, the same system can be used to get into their dorms, "recreation center access, computer laboratories," and more.

"We were really adamant that we had to serve all of our population, and Apple definitely worked with us on that," he added.

It uses contactless technology called near-field communication. Before noon on Jan. 28 — the first day it was available — Brannan said more than 1,000 students had already signed up.

"I think we've tapped into something," he said. "Our students really do love technology and embrace technology, and I think this is a no-brainer for them."