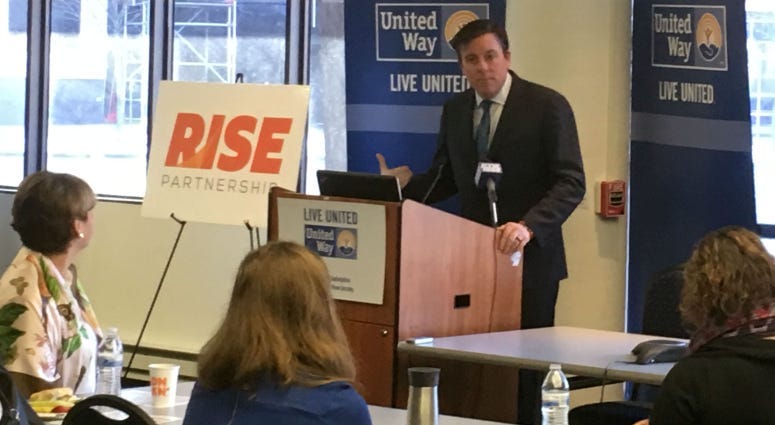 PHILADELPHIA (KYW Newsradio) — Area stakeholders, including foundations and funders like the United Way of Greater Philadelphia and Southern New Jersey, are coming together to contribute to several nonprofits as a means to help them in their missions.

The RISE (Readiness, Implementation, and Sustainability for Effectiveness) Partnership is a three-year, $3 million program to provide the tools and services to strengthen more than 100 nonprofits in the region, according to United Way President and CEO Bill Golderer.

"Nonprofits that are trying their best to lift their neighbors are being given mandates and expectations, but they're not being given the tools and being strengthened and equipped for the journey that they've undertaken," he explained.

A third of the money is coming from the Edna McConnell Clark Foundation (EMCF), which focuses on changing the life trajectories of disadvantaged young people.

"For the last 20 years," said Danielle Scaturro, director of the foundation's PropelNext initiative, "we've focused on growing and scaling organizations so that they can serve more youth."

PropelNext works with grantees to boost their impact.

"Evidence of effectiveness and evaluation was critical to making the case to ensuring positive results were happening for kids on the ground," she added. "The goal is to get more resources into the community now."

RISE is a partnership between the Scattergood Foundation, United Way, and EMCF, as well as other funders like The Barra Foundation, Campbell Soup Foundation, The Grace S. and W. Linton Nelson Foundation, Horner Foundation, and The Philadelphia Foundation.

The aim is also to create stronger programs, grow financial resources, and expand the number of people they serve.