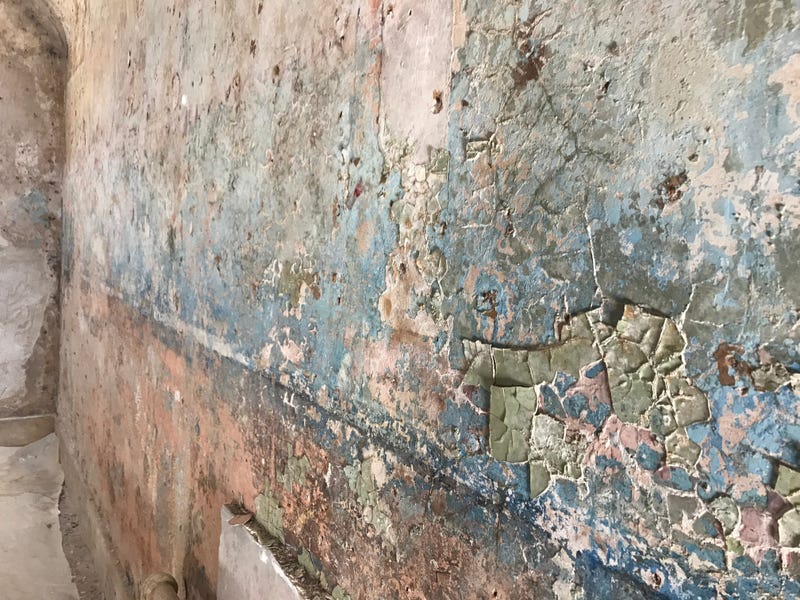 PHILADELPHIA (KYW Newsradio) — When the walls of Al Capone's cell were being prepared to be plastered in the beginning of the year, 20 layers of paint were uncovered, revealing another fold in the gangster's history.

During the restorative work at Eastern State Penitentiary, Liz Trumbull, manager of historic preservation and architectural conservation, said the paint layers were unusual.

"They were colorful, they were decorative — there was evidence of artistic painting in this cell," she said, "so we decided to pause our work and really study what we were finding."

Officials discovered that the traces of paint were most likely used for faux wood finishings.

"We were most interested in these really thin, traditionally made paints that you can see under the microscope. From those, we found evidence of two different decorative campaigns," she explained. "We hadn't looked closely at it until now. There's no archival record of institutional paint campaigns, and this cell in particular is one of the most intact examples that we have of artistic painting at Eastern State."

Trumbull said a vertical brown stripe on the rear wall of the cell may have been part of a mural. The cell with the artistic paint discoveries will not be disturbed.

The new Capone exhibit will showcase a recreation of how his cell likely appeared during his incarceration, but in a cell neighboring the artistic findings.  After about four months of preservation efforts, the newly restored cell reopens to the public May 2. It will still feature lavish furnishings, but a second bed will be added — after all these years, it was recently learned through an old newspaper article that Capone had a cellmate.