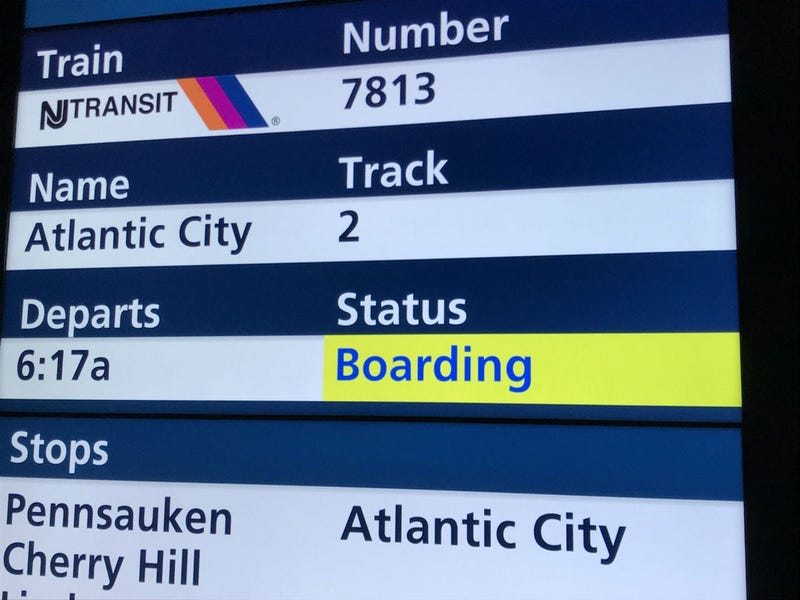 Monday was the first weekday the trains were back on the tracks. Service was officially restored on Sunday.

Sharon, who took the 9:16 a.m. train from 30th Street Station to spend the day in AC, is thrilled the line is back.

"It takes a lot of stress off of me, anyway, being in traffic on Route 42, gas, since gas went up. And it's more convenient for me to step off the train and go where I have to go," she said. "Of course it's peaceful riding the train. You can get a lot done sitting on a train. I like reading."

Back in September, NJT officials say they had to shut the AC Line down to install positive train control by the end of 2018.

While that work was being done, NJT ran shuttle buses between Philadelphia and Atlantic City. Many riders during that time were frustrated by traffic jams and commutes that were becoming much longer than they had been when the trains were working. And at some points, those riders felt like they were in limbo because the transit agency was not clear about when the line would reopen.

Then, nearly a month ago, Gov. Phil Murphy announced the rail service would be restored two weeks early.