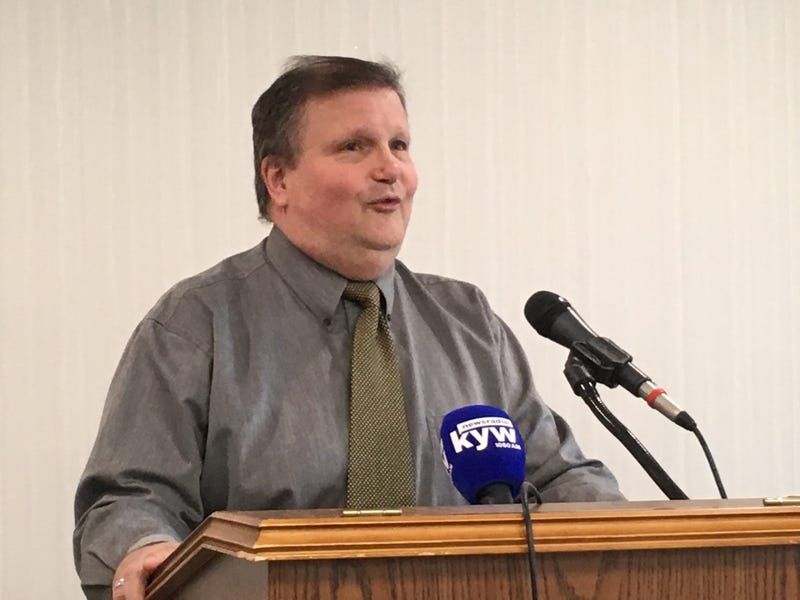 He had been a paramedic for AtlantiCare Regional Medical Center in South Jersey for 34 years, but he was fired in 2016 for using a form of an alternative medicine on a cancer patient.

After a two-and-a-half week trial, an Atlantic County jury last week found in his favor in his wrongful termination suit, awarding him a total of $90,000 in back pay and damages.

The 62-year-old Senisch was a patient himself when the verdict came in on May 30. He was being treated in an emergency room for a mini-stroke, when his lawyer called to say he'd won his case.

"I just was in disbelief. I could not believe it. I was like, stunned," he said. "My wife started to cry because it's been a long battle."

At a news conference Wednesday in Galloway Township, Senisch said AtlantiCare doctors had ordered him to give the patient, Wendy Johnson, what's called an intraosseous infusion, or IO — essentially, an IV injected directly into her bone. When Johnson, who believes in holistic medicine, refused, Senisch said he comforted her by using his training in Reiki, a holistic energy treatment.

At the time, he believed he was protecting AtlantiCare by not treating Johnson against her wishes.

"I still can't get this — where I'm protecting my employer and I get terminated."

AtlantiCare spokeswoman Jennifer Tornetta said the company is disappointed at the verdict and believes that its actions were lawful and legitimate. She said in a statement:

“The plaintiff was seeking compensation of more than $450,000. The fact that the jury took three days to return an award that was a small fraction of that figure suggests it viewed this case quite differently from the way the plaintiff’s attorneys have positioned it. We believe the facts we presented established that all of our actions were in the best interest of the patient, for legitimate reasons and in accordance with the law. We will ask the judge to set aside the jury’s verdict and will consider filing an appeal, if necessary. The safety of our patients is always our highest priority, as the facts we presented to the jury reflect.”