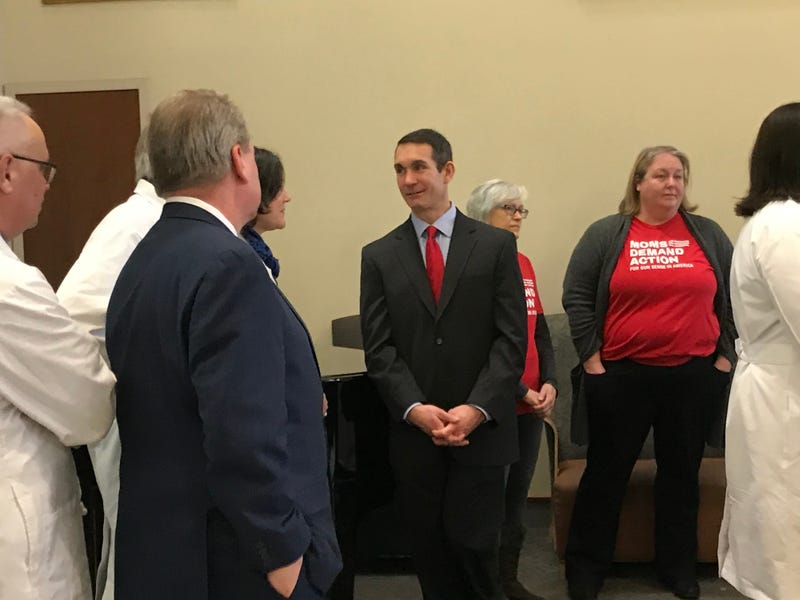 The visit was part of an effort to reduce gun deaths in the state.

"We've had five people come in at the same time with gunshot wounds," said Einstein Medical Center emergency room Dr. Erica Harris. "We have had seven or eight at a time, and it's not that abnormal for us to see that and deal with that on a daily bases."

Harris was among medical professional who spoke with DePasquale, as he assembles proposals on how to get the number of gun deaths down.

"We had some good first steps here today," said DePasquale. "A lot more work to do, but yes, the idea is to put together a game plan that I think has at least a reasonable chance in passing muster in Harrisburg as well."

We’re proud to have hosted @PAAuditorGen this morning to discuss the impact of gun violence in our community. Einstein Health’s Emergency Department physicians are on the front lines of this ever growing concern, treating patients in dire need. https://t.co/emacIBwKWQ

Patients at Einstein with gunshot wounds are counseled on how to break the cycle of violence as part of an intervention program. The AG's plan includes support for such hospital-based violence intervention.

"To see these people go on to lead happy, healthy, productive lives — you can't put a price tag on that," added Harris. "Violence begets further violence, which begets gun violence, and so I feel a great sense of hope that we will make some progress here."

In addition to the human toll of gun violence, DePasquale said there is a huge economic toll.

"Most of the people that come in either have no health insurance or are on public assistance," he noted.

Over the past 10 years, firearm-related injuries cost taxpayers about $1.5 billion.