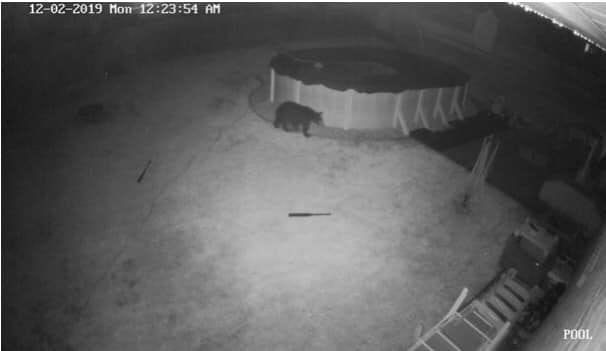 Two sightings Monday — one sighting in Springfield, another about nine miles away in Aston Township — within an hour of each other, suggests there could be two bears on the loose, says Delaware County Emergency Management Director Timothy Boyce

At around 6 a.m. Monday, Springfield resident Joe Depaul told CBS 3 a bear was in the backyard of his home on Kennelly Road. He captured images with his surveillance camera.

"He climbed the back fence, came over and was hanging out by the pool, walked around and then I just re-see him at the gate where it caught him on the cameras," Depaul said.

The Aston signting, police say, was at Convent and Red Hill Roads.

Since Friday, authorities say there have been bear sightings in Villanova, Aldan, Collingdale and Marple Township.

The Pennsylvania Game Commission is on the case, and they say anyone who sees the bear should call 911.