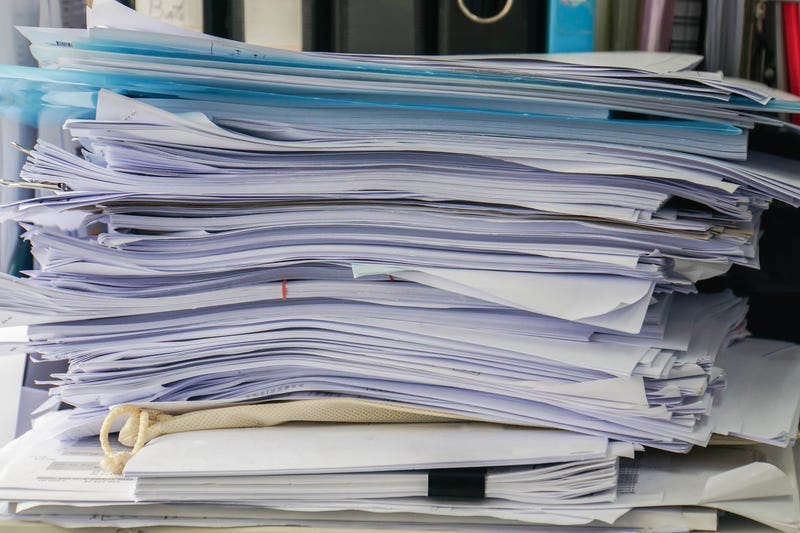 PHILADELPHIA (KYW Newsradio) — Casey Caramanica agreed to adopt a newborn in 2015 so that the baby would be spared from Philadelphia's child welfare system, but she unwittingly put herself at the mercy of the system during a year and a half of delays, confused paperwork and lack of assistance or even communication as she worked to get the adoption finalized.

Today, she and her husband are the proud, legal parents of a 3-year-old boy, but some 1,400 would-be adoptive parents are now in the limbo Caramanica experienced, the result of a backlog in adoptions that began growing in 2013, when the city transferred case work to outside providers.

A process that takes four to six months in the surrounding counties is now taking more than two years in Philadelphia, according to Frank Cervone, executive director of Support Center for Child Advocates.

"We need to recognize this as bordering on a crisis," he says. "It really needs to be all hands on deck."

"We did 200 more adoptions in this past fiscal year than in the previous year," she says. "Our goal is to make sure the timeliness moves more quickly because the more we can get cases through, the more the volume, I believe, will be able to even out."

The roots of the backlog can actually be traced to 2006, when Danieal Kelly died of starvation. The severely disabled teen was under DHS protection but had been allowed to remain home, and her mother stopped feeding her adequately. Outrage over the case sparked an overhaul of DHS and the outsourcing of social work services to Community Umbrella Agencies (CUAs).

The transition did not go smoothly. The number of children in care went from about 4,000 to more than 6,000. CUA caseworkers were overwhelmed, leading to high turnover rates, which in turn slowed down permanent placements and led to even more children in the system. The state downgraded DHS's license to provisional for a full year. According to Cervone, part of the problem was that the new workers lacked the training and preparation to complete the complicated process of adoption.

This was the system in which Caramanica found herself when she agreed to adopt a baby who would otherwise have been placed in foster care. The mother had tested positive for drugs during delivery, but she agreed to surrender her parental rights when the Caramanicas said they would adopt him.

"We were given the name and phone number of a DHS worker who we were supposed to contact to get the child," she recalls. "After many, many phone calls over the course of, I guess, 24 hours, we finally did reach this person who was very nonchalant, 'Oh, I'm glad you called, we were just about to place him in foster care. Yeah, you can have him.' That was the first disturbing thing and we hadn't even met the child yet."

Along the way there were missed work days for court hearings that got postponed because the case worker didn't show up or didn't have the paperwork in order. And there was a major scare.

READ: Philly finally get rules for dealing with bed bugs under new bill

Caramanica says they got a notice that they had to attend parenting classes the following week. They asked to reschedule so they could coordinate their work schedules and were told they could. But then they got a letter threatening to remove the child from their care because they had missed the original class.

Panicked, Caramanica says they drove to the CUA, only to be told just to ignore the letter.

"You feel that you're in a fight," she says of the months that passed before the adoption was finalized. "It goes from this helplessness to a rage against them for not helping you and not answering your questions. And you don't want to rock the boat too much because you have a baby that they're sending you letters they're going to take away from you after you've fallen in love with him."

Figueroa inherited the system, with its license already downgraded, when she became commissioner in September 2016.

"I think we failed to realize early on that the overall impact and the increase in the wake of the changes in child protective services impacted every portion of a case up to and including adoption," she says.

Figueroa says she's instituted a "rapid permanency review" that looks at what barriers are keeping a case in the system too long. She also got an an additional day of court for adoption cases. And she says she worked with the statewide adoption network to increase resources for the children who are ready for adoption.

Cervone is impatient, though, with the pace of improvement.

"Time matters in a heightened way in the life of a child," he says. "A very important impact of delay is on the mind of a child and her understanding of where she belongs. It's not until the adoption is finalized that she is a member of that family. The families fully embrace the child and they talk about the child as if he or she is their child and this is their home and where they belong but the finalization of adoption is a significant moment. It's symbolic to everyone and it really matters to the child who can now say to herself, 'this is my home' and feel that that's true."