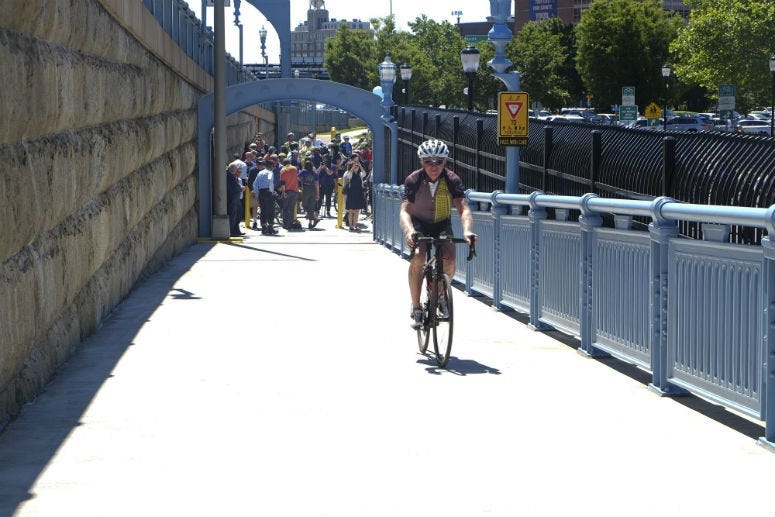 Funny how a simple ramp can become a game changer.

"It opens up a whole new world, it really does," said John Boyle with the Bicycle Coalition of Greater Philadelphia.

40 steps, 25 feet high - a workout in itself for cyclists like Irene Bucher.

"This really opens up this huge wave of connectivity and accessibility for riders who are very frequently using the circuit trails via the Ben Franklin Bridge trail to get to work, to get to school, for recreation and exercise," said Paige Knapp, spokeswoman for Circuit Trails. "It is exactly what it should be, which is this real easy way to get on and off this trail that really serves this major connection for New Jersey and Pennsylvania."

It took two years to build the ramp at a cost of nearly $8 million.

Nearly half the funding came from the Federal Highway Administration.